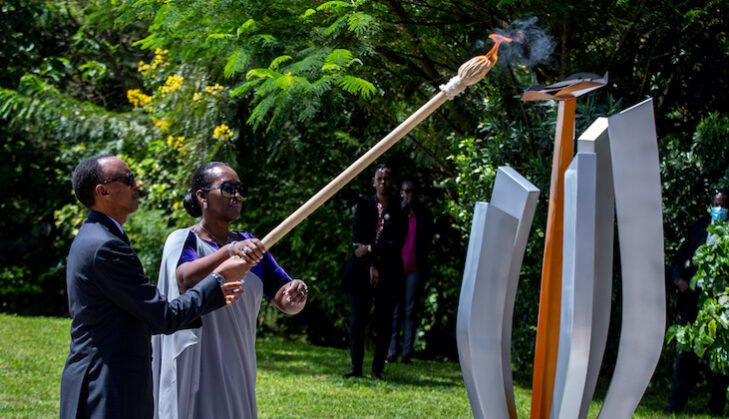 April 7 is a painful day for Rwandans as they commemorate the death of 800 people who were massacred in the 1994 Rwandan genocide.

Read Also: How The Ben’s Song ‘I Can See’ Became a Genocide Memorial Anthem

‘Mwaritanze’ is a song talking about the country’s leadership and how much it has done to liberate Rwanda from the jaws of genocide. Senderi has for the past years released different songs to remember and honour those who lost their lives during the genocide. He pledges to use music to preach unity and contribute to development.

‘I See The Light’ is a song of hope that comes after a dark moment. The 1994 genocide was a dark moment for Rwanda but years later, hope abounds of better days and peaceful coexistence between Hutu and Tutsi who slaughtered each due to tribal differences. The band has 13 members who are now students and were born of parents who died during the genocide.