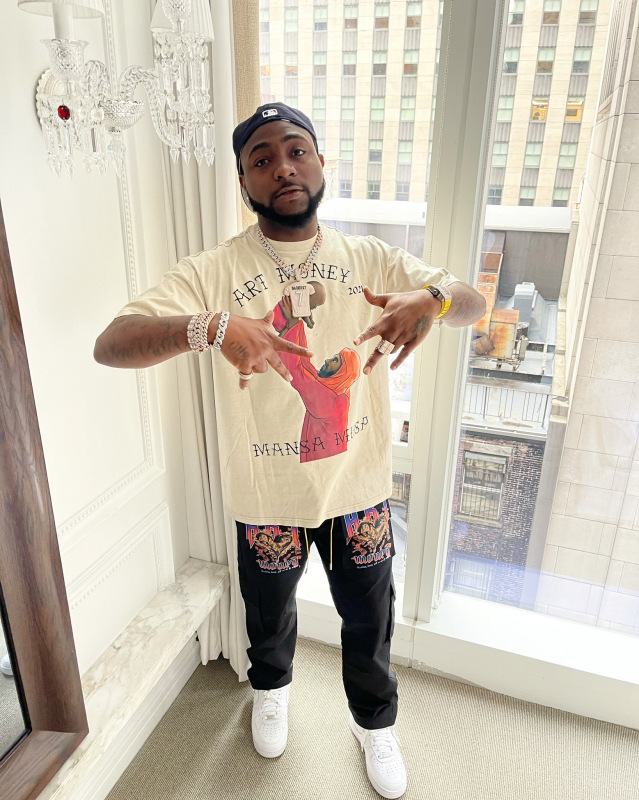 A music video for Davido's 2017 hit single 'Fall' has set yet another record.

The single off the 'A Good Time' album recently surpassed the 200 million views mark on YouTube, to become the first Afrobeats video to reach such a milestone.

While celebrating the new milestone, Davido recalled how him alongside Kiddominant, the producer of the single made the track as a joke. 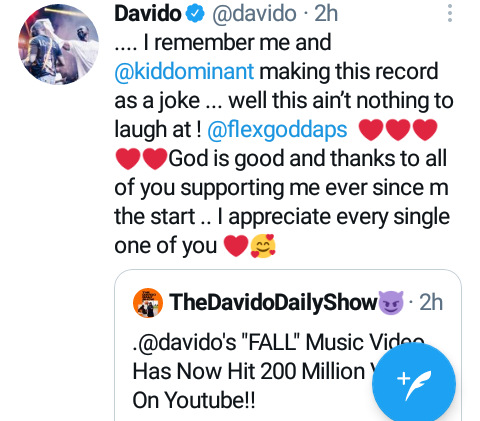 ".... I remember me and @kiddominant making this record as a joke ... well this ain’t nothing to laugh at !," he tweeted.

"God is good and thanks to all of you supporting me ever since m the start .. I appreciate every single one of you," added the Nigerian music star.

'Fall' is the second single from Davido's second studio album 'A Good Time' that was released in 2019.

The single has already been certified gold by the Recording Industry Association of America (RIAA) and Music Canada.

'Fall' music video released on June 2017 was directed by Nigerian-born British music video director Daps and in December 2018, the video surpassed 100 million views, becoming the most-viewed video by a Nigerian artist on Youtube.

The video starts with Davido appearing to be in a heated argument with his lover before he exits a Rolls-Royce after the argument and spends the rest of the video daydreaming about being with a ballerina from behind a glass window.

According to Toye Sokunbi of Native magazine, the 'Fall' music video "is consistent with his (Davido's) lyrics that he no longer wants to be a player, so it comes as no surprise that he is seen at the end of the video, apparently brushing off the temptation of being with someone else".