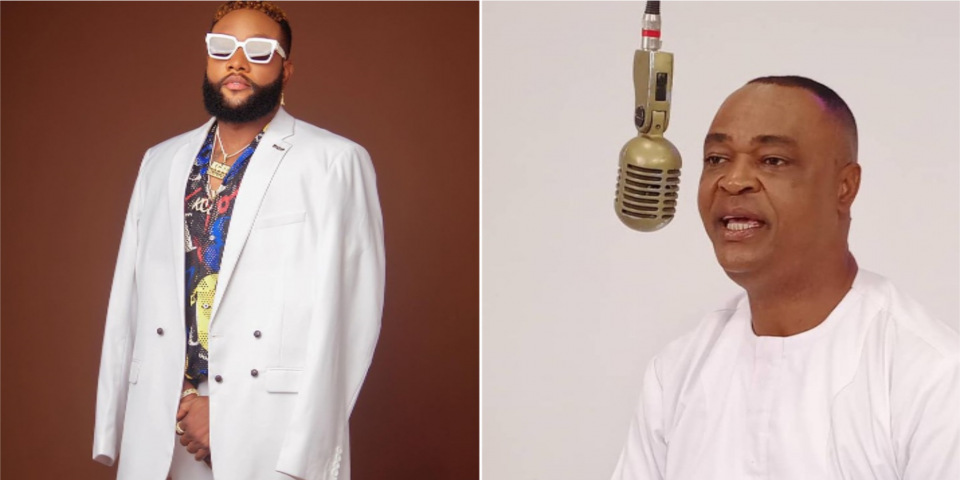 Veteran catholic music composer and chorister, Jude Nnam has filed a copyright infringement lawsuit in the tune of 150m against KCee and his 5 Star Music record label.

Jude Nnam is demanding compensation for the use of lyrics from his record “Som Too Chukwu” which was included in KCee’s Cultural Praise Vol. 1 album without clearing and authorization.

According to thenigerianlawyer, the lawsuit with suit number FHC/L/CS/304/202 indicts KCee of intellectual property theft for his song Som Too Chukwu which was originally released in 2001. An excerpt from the suit elucidated this claim.

“A DECLARATION that the Defendants jointly and severally infringed on the copyright of the Plaintiff by adapting, producing, distributing, marketing, advertising and performing to the general public the song titled “SOM TOO CHUKWU ”

“Perpetual Injunction restraining, preventing and or prohibiting the Defendants herein whether acting by themselves, or through their servants, agents, privies, legal representatives, or any other person howsoever described Acting for them and/or at their instance from infringing on the copyright of the plaintiff to the song titled “SOM TOO CHUKWU” by any means, however.

Jude Nnam also wants an account of all profits and revenue generated from the record with an addition of N150m for damages.

Further reports reveal that KCee and his Five Star Music record label had already been contacted prior to the suit by Jude Nnam through his lawyer but the singer ignored all messages calling his attention to the infringement.