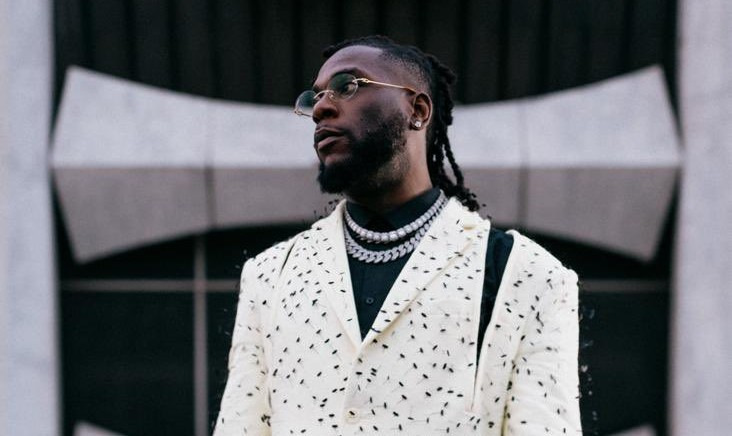 Burna Boy's 'Twice As Tall' won the World Best Album category to give the singer his first Grammys.

In a series of posts on his official Twitter handle, the African Giant as he is commonly reffered to further hit out at some of the individuals he did not name, claiming they prayed that he does not win.

Burna Boy is one of the most hated and loved musician in Nigeria and is known to have a frosty relationship with Afrobeats superstar Davido.

According to the singer, those that wished he doesn't win the Grammy Awards failed to realize that his win was also theirs.

"GOD is most definitely NOT A MAN. I will never forget how so many of you prayed that I don’t win. too dumb to understand that you also win if I win. No worry This is just the beginning. God is Great" read one of his tweets that has had massive reactions. 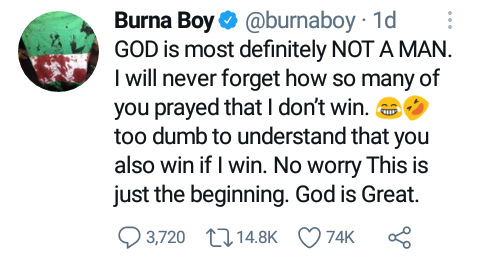 In another tweet, Burna Boy also noted that his win will be a motivation to his kids that they can do it on their own.

"My kids will confidently beat their chest and say “Daddy did it on his OWN, We can do it on our own," he said.

Burna Boy also thanked all that were involved in the 'Twice As Tall' album which was released on August 14, 2020.

The album was executively produced by American singer P. Diddy and produced primarily by Telz, along with production from Rexxie, Timbaland and DJDS, among others.

"Every single person that worked on the project, my incredible team that works 24/7, and my OUTSIDERS!! Big love always.

God bless everyone/ anyone who has stood with me! Let’s keep making history!," noted the singer.

With his win, Burna Boy became the first Nigerian artist to win a Grammy Award.