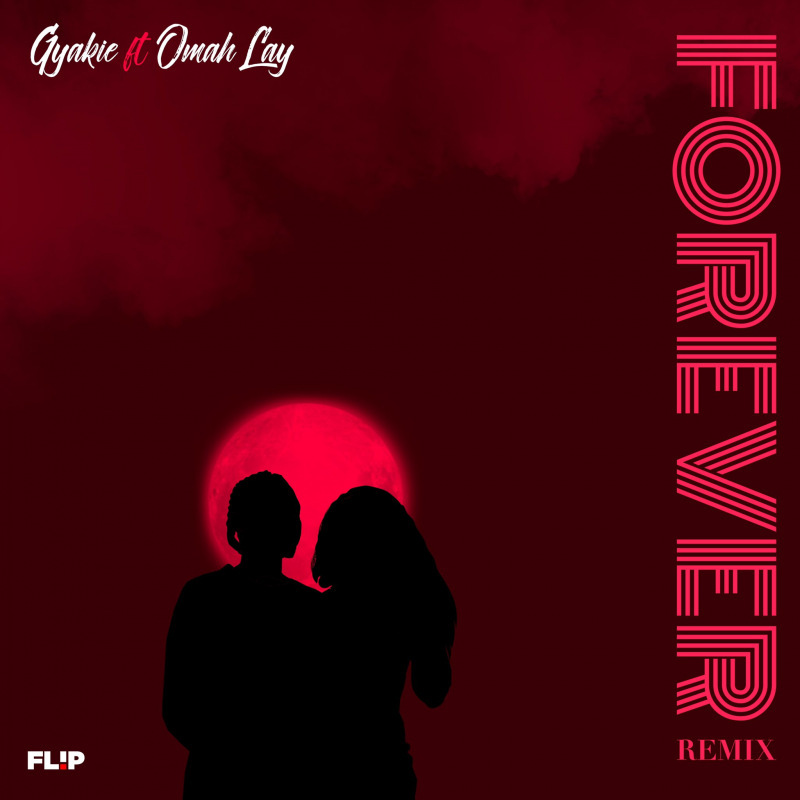 Fast-rising Nigerian singer Omah Lay has revealed that he wrote his verse for the recently released 'Forever (Remix)' single way before Ghanian singer Gyakie asked him to feature in the track.

In a post on his official Twitter handle, Omah Lay said the verse was written the first time he heard the song. 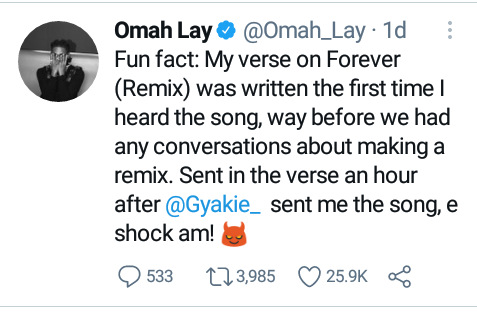 Gyakie released the original 'Forever' song in 2020 as part of her breakthrough 'SEED' EP.

The song has been among the best performing, topping several charts across Ghana.

On Friday, March 19, the emerging Ghanian singer released 'Forever Remix', a remake of the original track in which she teamed up with Omah Lay.

Omah Lay further revealed that I took him an hour to send Gyakie his verse once they agreed on the collaboration.

'Fun fact: My verse on Forever (Remix) was written the first time I heard the song, way before we had any conversations about making a remix. Sent in the verse an hour after @Gyakie_ sent me the song, e shock am!," Omah Lay tweeted.

The original 'Forever' song sees Gyakie tell a story of her future self in love while the 'Forever (Remix' projects the love story from a man's perspective.

A feature on 'Forever (Remix)' is the second for the Headies 2021 ‘next rated’ award winner this year.

He has already teamed up with fellow fast-rising dynamic duo from Port Harcourt, Ajebo Hustlers for the hit single 'Pronto'.

'Pronto' recently debuted on the UK Afrobeats top 20 chart at #20.