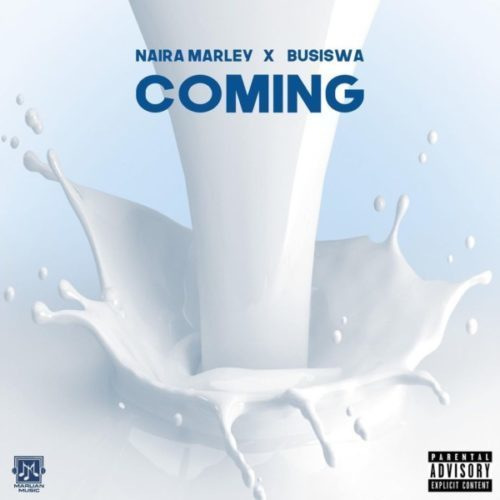 In the new song released on the night of March 18, Naira Marley teams up with South Africa's soulful vocalist Busiswa.

'Coming' is a steamy Amapiano track with some elements of Afrobeats that will easily take you to the dance floor.

The single serves as Naira Marley's first track for 2021 after an impressive 2020 that saw him drop and number of hits that are still buzzing.

'Coming' is produced by the certified hit maker Rexxie.

Officially known as Azeez Adeshina Fashola, the 29-year-old known professionally as Naira Marley is a Nigerian singer and songwriter.

He is also known as the president of his controversial fan base - Marlians.

In 2020, Naira Marley who also doubles up as the Marlin Music label boss released a number of hit tracks among the 'Koleyewon', 'As Dey Go' and 'Aye' his debut for the year. 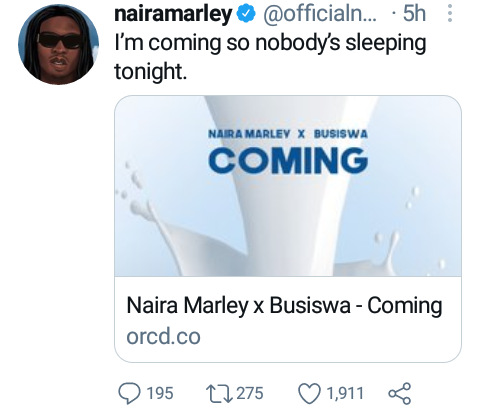