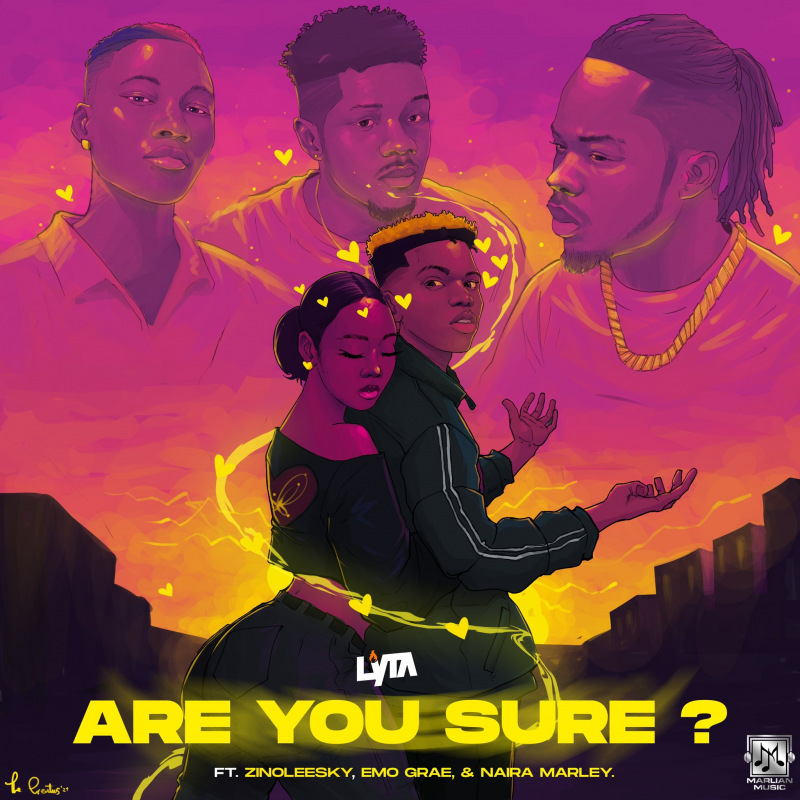 Marlin Music rising star Lyra has released an official music video for his debut single of 2021 titled 'Are You Sure?

'Are You Sure?' is a song with some good sound and vibes perfectly delivered by the trio.

Simi Songs: How 'Duduke' Rose To Become One Of The Most Listened Songs In Africa

The video directed by WG Films premiered on March 17 and sees Lyta riding a horse to Marlian Saloon - to meet his woman who's under influence of alcohol.

'Are You Sure?' is the third single that Lyta has released since joining Marlian Music in 2020.

He had in the same year of unveiling released her debut single titled 'Omo Gidi (Hold Me Down)' in August whose visuals now have over 1.5 million YouTube views.

Later in the year, Lyta released a second single 'Everybody' produced by Killertunes.

Born Opeyemi Babatunde Rahim, Lyta who is a Nigerian singer and songwriter first signed a record deal with YBNL Nation in 2018 but left the label in May 2019 after having a disagreement with the label owner Olamide.