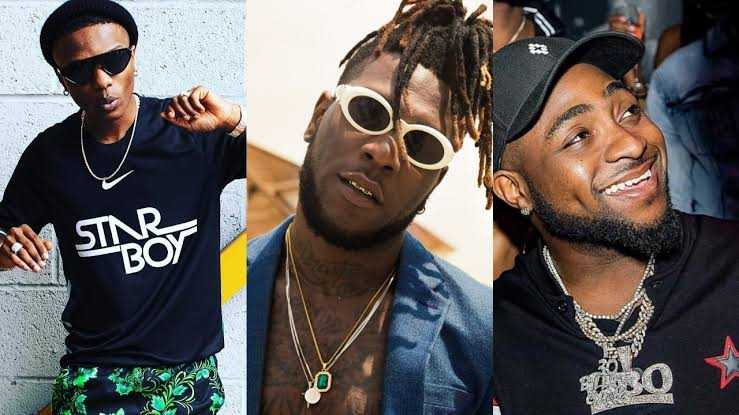 It has been a busy week for the music industry globally, from the Burna Boy and Wizkid win at 63rd Grammy Awards to the reactions of several Nigerian songs listed in the American movie Coming2aAmerica soundtrack.

We take you through some of the too trending Naija songs this week:

Mavin Records golden boy released this song in the last week of February 2021 and remains a trending song to date.

It is the first time Rema has released a song produced by his boss Don Jazzy, who switches things up and delivers a menacing, fast-paced production.

'Bounce' was inspired by the luscious and the magnificent body of the African woman.

'Onyeka' is one of the three songs that Burna Boy performed during the Grammy Awards gala.

The song has been a trending one since the 'African Giant' dropped its official music video a few weeks.

'Onyeka' produced by Telz is a happy and triumphant tune.

Davido was earlier this month in the US where he had a chance to perform, live, this song off the 'A Good Time' album on the Jimmy Kimmel Live.

'Assurance' is also a song that has been featured in the recently unveiled 'Coming 2 America' movie in which Davido is a cast.

With Wikzid among the winners in the just concluded Grammy Awards, 'Made In Lagos' album is the one thing that many will come across when seeking to know more about him and his music.

Among the standout tracks off the album is 'No Stress' - a cool song with sensual vibes.

As she prepares for unveil her debut album 'Wondaland', 'For You' has been a track on replay to many lovers of Teni songs.

The single alongside 'Jo' released in 2020 is among the tracks housed in the album dropping this Friday, March 19.