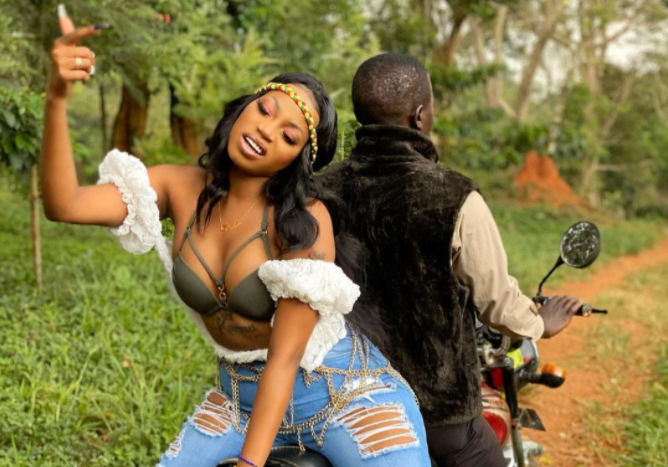 February has been a busy month for Ugandan musicians. Being the month of love, most artists have been rushing to drop their love songs this month to leverage on the hype that comes with February. This article reviews 5 top Ugandan songs in February.

This is currently the biggest song in the country. The video was shot in the wilderness and the green scenery makes it super beautiful. Known for her high sense of style, Sheebah Karungi doesn't disappoint as she comes through in different revealing outfits making her look more fabulous and classy.

In 'Sitidde' (loosely translated from Luganda to mean I am not scared), Chris Evans swears he isn't scared of approaching the girl he likes because of her high class.

He says many have discouraged him of shooting his shot, but he ignored their negative energy as he is in love and not scared of anything including rejection.

I Love You Bae - Lydia Jazmine

The Afro-beat song was produced by Bomba Made My Beat and it was massively welcomed by fans. The video shot by Aaronaire.

The two artists released this beautiful song that is currently one of the biggest in the country. 'Radio Man' is a tale of a man in love who calls a radio station and tells the presenter to play his favorite song for the woman he loves.

In 'Ready', Spice Diana gives Fik Fameica a green light to shoot his shot because she is ready for his love.

The video was shot and directed by Zyga Phix from Virtual Media. Celebrated Ugandan musician Weasel Manizzo makes a cameo in the video.