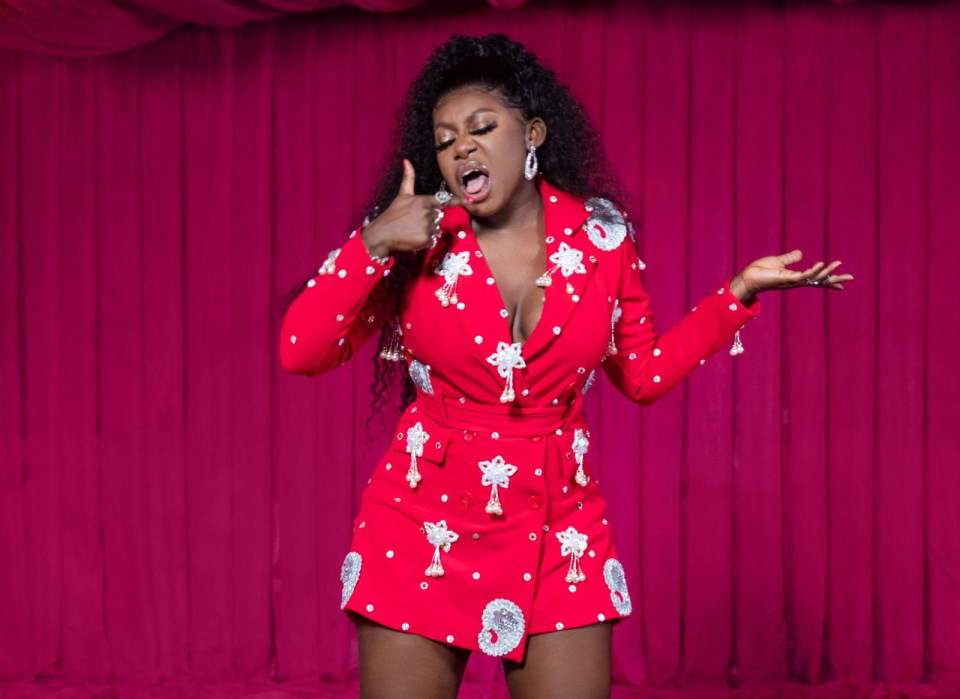 Grammy nominated Nigerian singer and songwriter Niniola Apata, known professionally as Niniola has announced that she is working on a new Extended Play (EP).

Niniola in a post on her official Twitter handle noted that the new EP will focus on talking about love, heartbreak and sacrifice.

"Lets talk about Love, Heartbreak and Sacrifice on this Ep," read one of the tweets.

In another tweet, Niniola fondly reffered to as Queen of Afro-House further said the EP will house some classic Rhythm and Blues (RnB) songs.

"While you guys are still enjoying and partying to the “Colours And Sounds” album, be ready to relax and make love to some classic RnB songs," she said in another tweet. 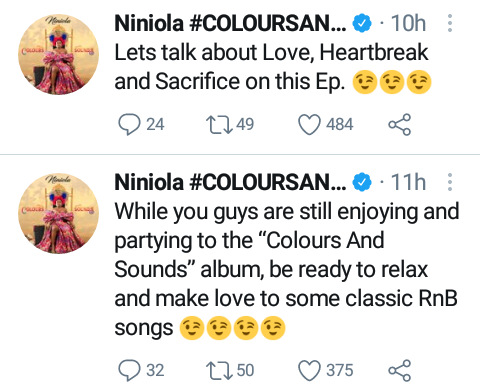 A first single off the EP will be dropping this Friday, February 12, and Niniola has already shared a snippet of the song.

Niniola released a 15-track album titled 'Colours and Sounds' in October 2020 and it is still performing well.

Some of the singles off the album include 'Addicted', 'Fantasy' featuring Femi Kuti, 'Look Like Me' - all of which have official music videos.

Niniola also recently released visuals for 'Innocent' (Fagbo) off the album that has already hit 1.2 million views on YouTube in barely a week since premier.

The 34-year-old singer participated in the sixth season of Project Fame West Africa in 2013.

Other News: How Liya Met Davido during a Listening Party That Sealed Her Fate at DMW