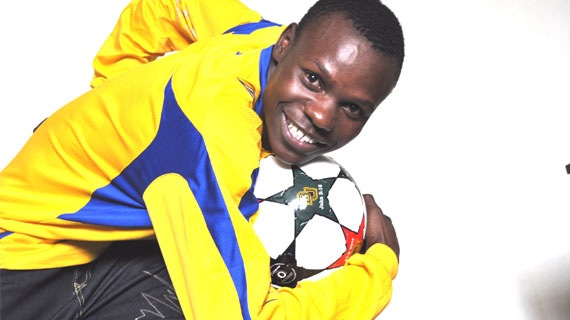 Football fans share a universal language that cuts across many cultures and many personality types. A serious football fan is never alone. We are legion, and football is often the only thing we have in common.

The Worldcup may have just kicked off recently but the fever clearly kicked in eons before! This was even more vivid during an interview with Gospel singer and social activist Eko Dydda.

“I can’t really narrow it down to that one team I support because of my history back when I used to play football. Am kind of neutral sahii sababu, I don’t have a fans perception of football. Na support team nyingi because of their performance hata zikitolewa bado nita zi-support.” Said the J.E.S.U.S hit-maker.

There you have it! Eko swims in the world of football and clearly is no average fanatic. Infact, he strolls along the lines of being more of a ‘football analyst’ than a football fan.