Kenyan Afro-pop queen Madamboss better known as Akothee recently released her latest jam ‘Muje’. Like all her  previous works, it took airwaves by storm and had a massive positive fan reception.

A simple challenge; first fans were expected to identify three famed Akothee collaborations from the Akothee Playlist on Mdundo. They were also to identify the song from which the lyrics ‘No wonder I miss you ….’  were derived and complete that specific line in the song.

Quite the mind bender you’d think; but 3 lucky fans were fast enough to get their correct answers together and bag the special gift. Francis Ndege as @youguy58 on Twitter, Ogega Neema as Yemi Girl on Instagram and Rose Wanja as Kenyans Cecile on Facebook.

Mdundo will be gifting winners with a thoughtful gift in this weather. A nice Akothee featuring Mdundo hoodie.

‘Muje’ is Akothee’s 2nd release in 2019 and Madamboss is bossing airwaves. Congratulations! To all the lucky winners. Watch out for more special giftings on Mdundo. 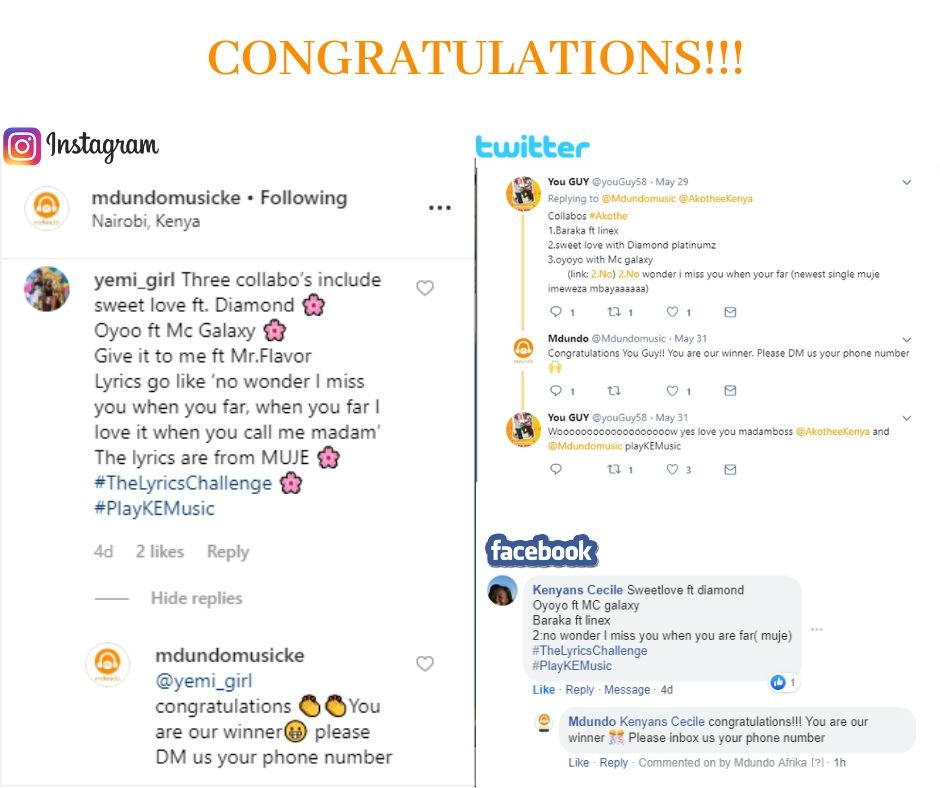