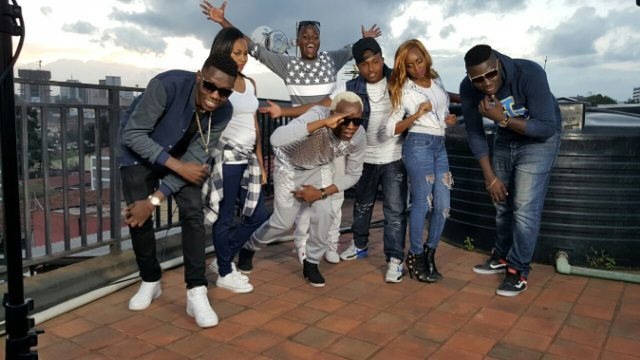 Gospel artist Daddy Owen is a decorated veteran in the music industry who often time is looked up to as a milestone not only by young artists joining the music industry but also by some who despite their long spells in the industry have failed to break the barrier of success that he has.

And like many veterans in the music industry, he often times likes to work with new talent just to give them that extra push that they need.

He’s work with the now successful singer and song writer Pitson and he was also responsible for bringing Denno into the industry as well.

Unfortunately for the latter things didn’t seem to work out in the end. Denno seemingly disappeared from the music industry despite the huge success his collaboration with Daddy Owen, Mbona, had.

According to the two, Owen had not shared any of the royalties that they’d gotten from the collaboration with Denno and in a way had a hand in the deplorable state the artist was living in.

Later the Vanity hit maker approached Denno and his family in efforts to solve the issues that Denno was now living in, despite his brother Rufftone saying to the media that the artist had already gotten a tune of Ksh. 1 million to help him start a business as well as help him in his musical career.

A new year came and the months went by but Daddy Owen seems to have not been discouraged from his quest to help young artists grow.

On the last week of March (Sunday, March 28 to be exact) Daddy Owen introduced a group of young artists that he’d been quietly grooming under his Beats and Blessings University initiative, to the world with the release of the new jam Happy.

We reached out to the veteran artist to find out more about Beats and Blessings University what it means and why he was doing it.

“For a very long time I’ve wanted to help guys in the music industry but it became complicated. You find that you help someone but there are other expectations from them that I didn’t know about and at time they couldn’t meet my expectations,” he said.

“At the end you hear stories like the song never helped med. So I decided to pick young artists who I can groom,” he continued.

“I actually started this two years ago but I first took time to groom them to know their art before they can go out there.”

Among the things he said he does for the artists he chooses is offer them a hand in recording their music for those who cannot afford studio time but most of all he says the initiative is meant to guide the young artists for what is to come once they start their music careers.

For now he said that the current group were the pioneers of the initiative but he promises that there will be more to come.