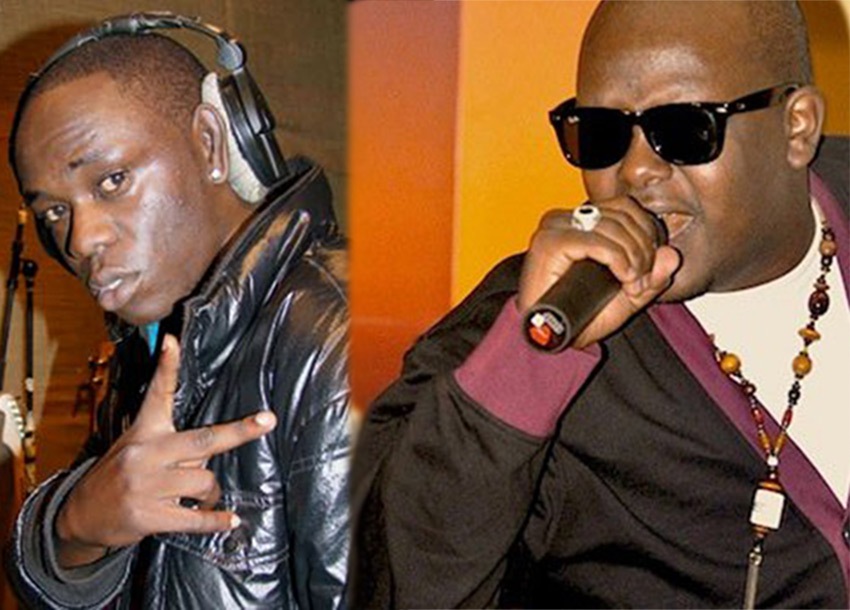 Former The Bugz rapper Bobby Mpesa has always managed to capture the audience with his witty rib-cracking lyrics in pretty much all his songs. Proving that he is one of Kenya’s most gifted lyricists.

On the other hand, Nonini, has earned his reputation as the godfather after being in the game for so long and showing that he is also a great rapper and song writer. The two collided in the remix to Mtoto Mzuri which to this day is one of the best jams each of this rappers has done.

Mapesa who had taken a break from music due to personal reasons seems to have carefully thought out and planned his comeback.

He teamed up with Team Mistari’s Calvo Mistari in new jam Tuzidi, but undoubtedly the most outstanding point on this track was when Mapesa took shots at his former collabo-mate Nonini and P-Unit.

In this line he says that he outdid Nonini in his own song Mtoto Mzuri before he went on to mentor and form genge group P-Unit.

And Nonini of course did not take this lying down, he however took to Twitter where he responded by saying, “… how you call yourself mapesa na rent hauwezi lipa na bado uko route 11. Sina time. Ongeza bidii ndio tuongee.” 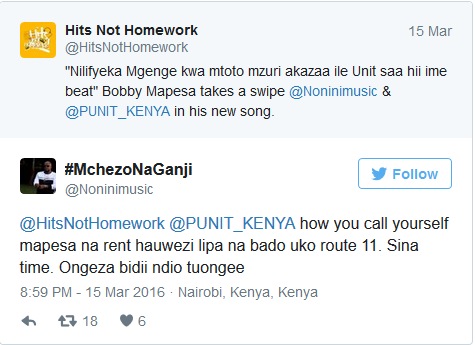 Well could this be the start of the long awaited beef season and will Nonini take to the studio to show that he is still on top of his game.

That we’ll have to wait and see, but until then check out Bobby Mapesa and Calvo Mistari on Tuzidi;