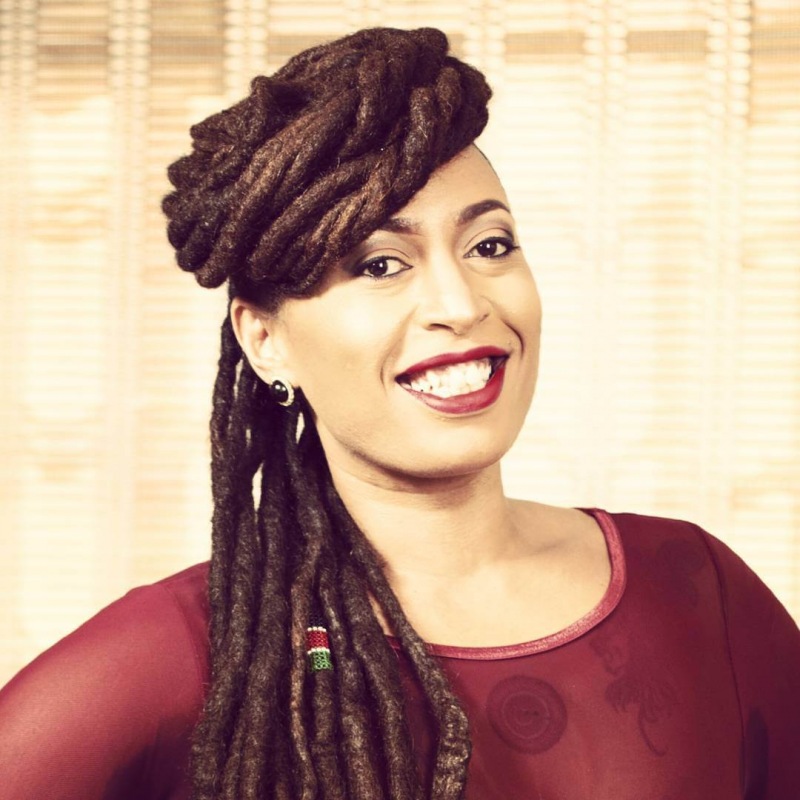 Seems it was a crazy weekend to be a celeb, from robberies to being under siege by terrorists. But all’s well that ends well.

The first lady of rap, Nazizi, as she is called by many of her fans survived an unforgettable brush of shoulders with death after she got caught up in an Al Shabaab attack over the weekend.

Nazizi who had gone for a performance at a peace concert at Uhuru Park, Mpeketoni over the weekend, took to social media to narrate her dreadful experience of the Al Shaabab attack.

With no security forces in the area and Al Shabaab militants blocking the roads out of Mpeketoni, Nazizi and the rest of the artists performing on the day had to rely on the kindness of a good Samaritan to make it out.

~ Woke up on the 16th of december mourning my brother and feeling low. We left at 6 am to go do a peace concert two hrs from the island in mpeketoni .Never imagined that I and my entourage would be caught up in the mpeketoni to lamu road attack by al shabab . We left the peace concert in mpeketoni in high spirits . Shortly into our journey all hell broke loose . We made it out in the nick of time . We headed back to mpeketoni which jus brought back memories of last year attack with no security or any sort of help . Next morning I and some of the other artists were rescued by a small private owned cesna owned by an amazing man #fuzz from lamu. I'm happy to be alive. Rachael from #diamondbeachlamu ure an angel.#imsafe #givethanks @zola255 ~ Nazizi 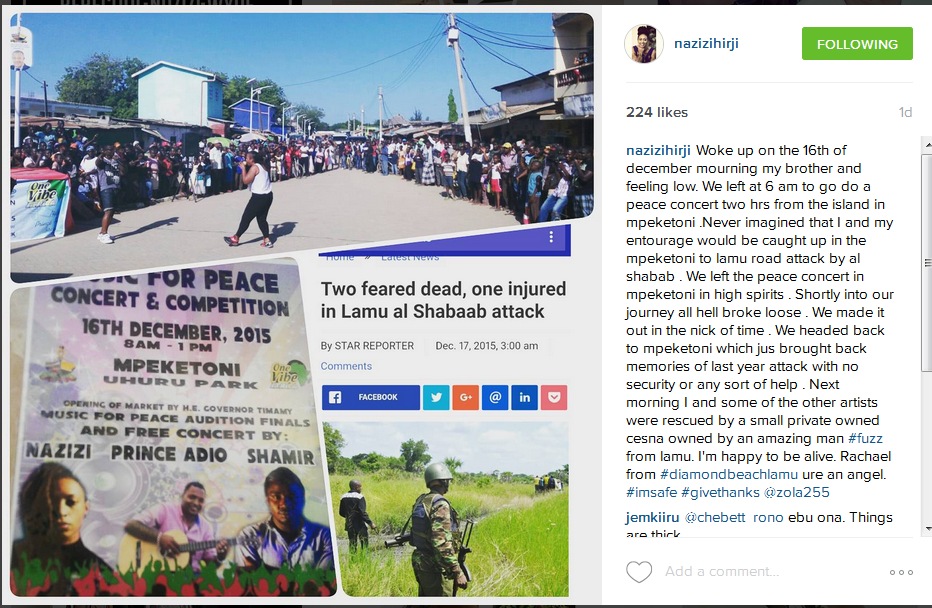 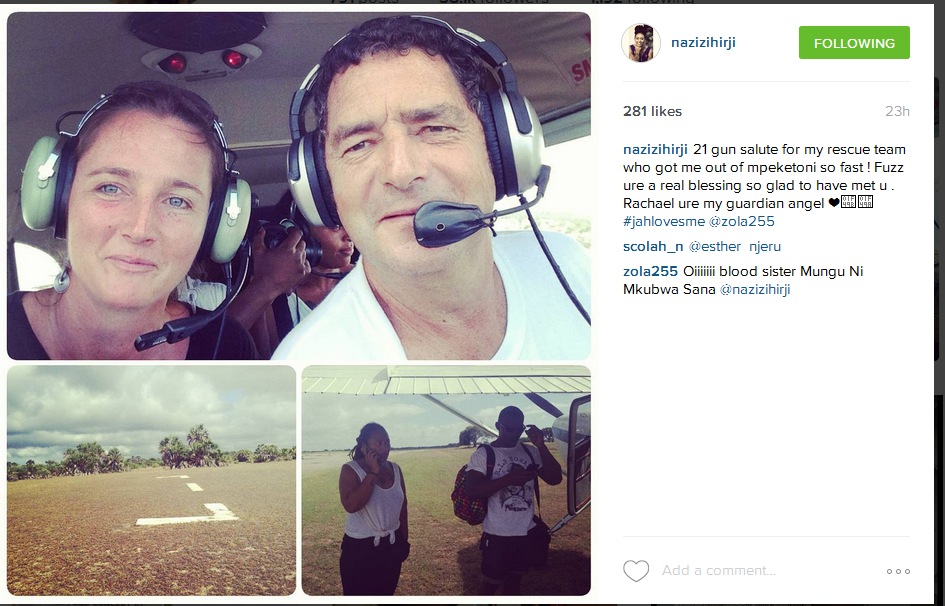