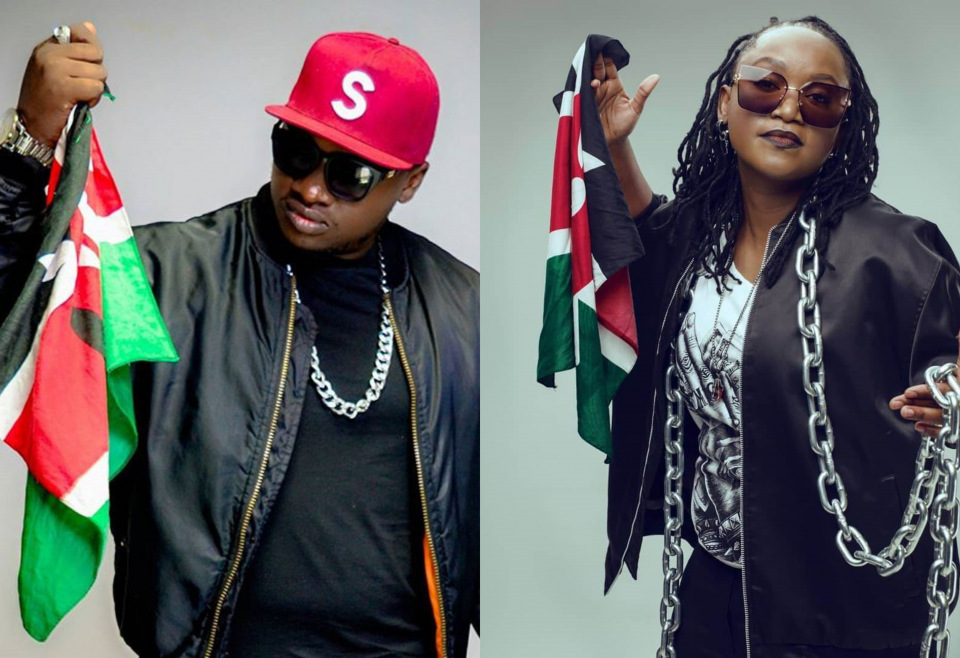 Kenyan artists have called for peace and unity ahead of the August 9, 2022, general elections. The creatives have urged their fans to exercise their democratic right and accept the outcome of the elections. The advocacy for political tolerance comes barely 48 hours to the big day.

Sauti Sol through their new song 'In My Head' featuring Khaligraph Jones has urged the youth to stand against political manipulation. The song which has received massive airplay further preaches to the citizens to elect responsible leaders regardless of their ethnic backgrounds. The artists reflect on past instances where the electorates had to suffer at the hands of corrupt leaders.

This is not the first time that Sauti Sol is using the art of music to sensitize society on using their democratic right responsibly. The multi-award-winning band in 2018 made headlines after releasing 'Tujiangalie'. The song reflected the state of leadership in the country and the corruption in the government. Approximately four years later, the band through 'Tujiangalie remix' has reminded Kenyans once again not to forget their power to transform the country on the ballot.

Celebrated music producer J Blessing, on the other hand, brought together top music stars in the country for a song dubbed 'Only Love'. The theme of the song is love, unity, and patriotism among the citizens at the height of political temperatures. 'Only Love' features the following stars drawn from different music genres; Sauti Sol, Wyre, Evelyn Wanjiru, Mercy Masika, Trio Mio, Size 8, Samidoh, and Khaligraph Jones.

Renowned rapper Fena Gitu took to her social media pages to urge political aspirants to create a conducive environment for the transition of government by accepting the results.

"Na hawa watu wasituwastie time after August 9th. If you lose, sit you're at home and let the country move on," Fena Gitu wrote online.

The height of the August 9 polls will be the presidential election where Kenya is set to elect its fifth president.