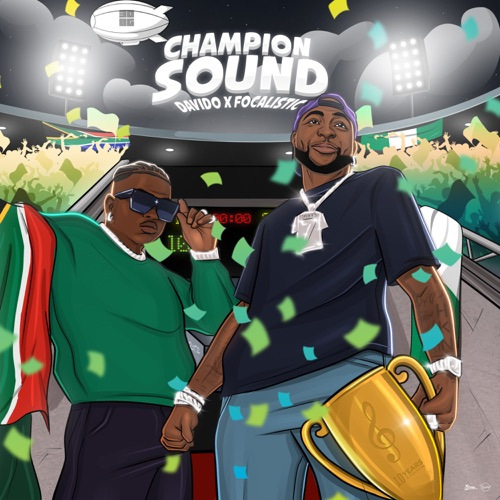 Nigerian superstar singer, songwriter and record producer, Davido has served his fans with a new song.

Davido has been teasing his fans with this new song since announcing that it would drop this Friday, and it surely did. In the new song titled 'Champion Sound' Davido teams up with South Africa's Focalistic.

The new song is a blend of Afrobeats with a heavy influence of Amapiano.  'Champion Sound' has good vibes, catchy lyrics and beats that make it a perfect party track.

Davido and Focalistic previously teamed up in the Amapiano hit 'Ke Star' and their chemistry on 'Champion Sound' was effortless. The official music video for the single is scheduled to premiere later this Friday.

The new song drops at a time Davido is preparing to celebrate his 29th birthday on November 21, 2021. He recently asked his former collaborators, music fans and celebrities to contribute money for him ahead of his birthday, managing to collect hundreds of millions of Naira.