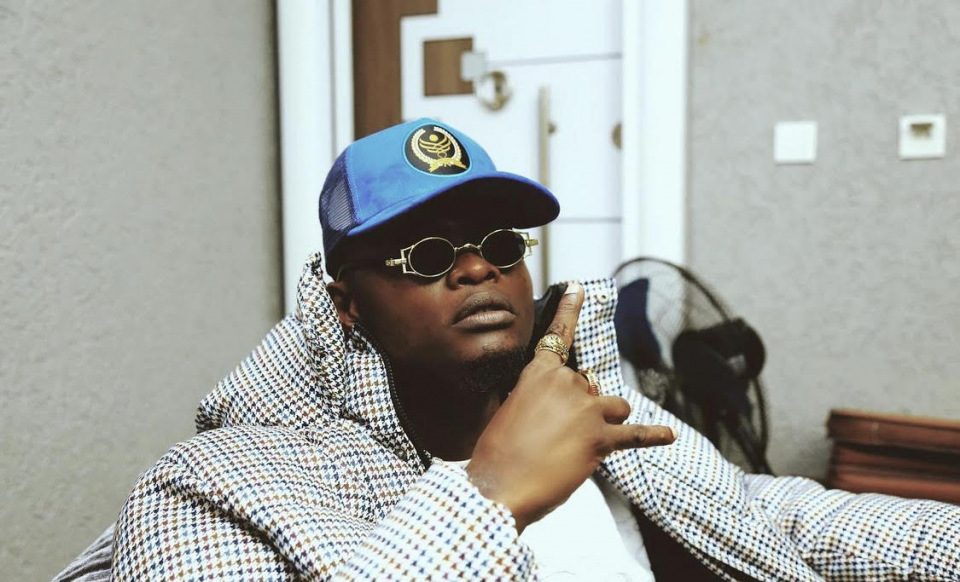 Ugandan artist Pallaso remains unbothered by critics who are calling him out for using social media to solicit for funds from his fans.

The Team Good Music boss started a drive to collect UGX 100M from fans on social media in a bid to rescue his Range Rover from the Uganda Revenue Authority.

Read Also: Bebe Cool Explains Why He’s not Signed under any Record Label

"I need 100 million UGX to rescue my range rover from Uganda Revenue Authority. If you are my big fan, if you love and appreciate what I do and wish to help me rescue my car, please send your contribution," Pallaso posted, also sharing his mobile money numbers.

By the close of day, the 'Malamu' hit maker had raised over 4M UGX and hopes for more from his fans. 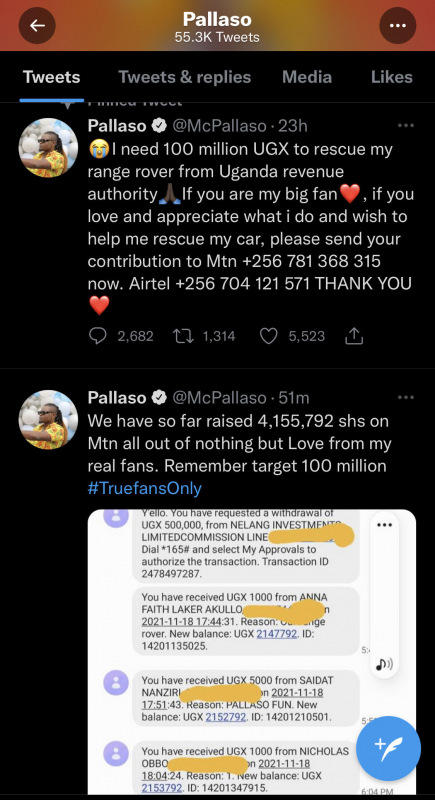 Pallaso's request came shortly after celebrated Nigerian artist Davido provided his bank details to fans, and appealed to them to give him money to help clear his Rolls Royce from the port.

By press time, Davido had raised over 1 billion UGX. It is this that prompted Pallaso to try the same with his Ugandan fans,

Pallaso's request was met by huge criticism from social media users who branded him a 'beggar'. But in a post, he encouraged his true fans to continue giving and ignore the naysayers.

"They can call me whatever they want, it's not the first time. To all my fans contributing, thank you so much. Keep sending momentum. On Monday I'm announcing something big," Pallaso posted. 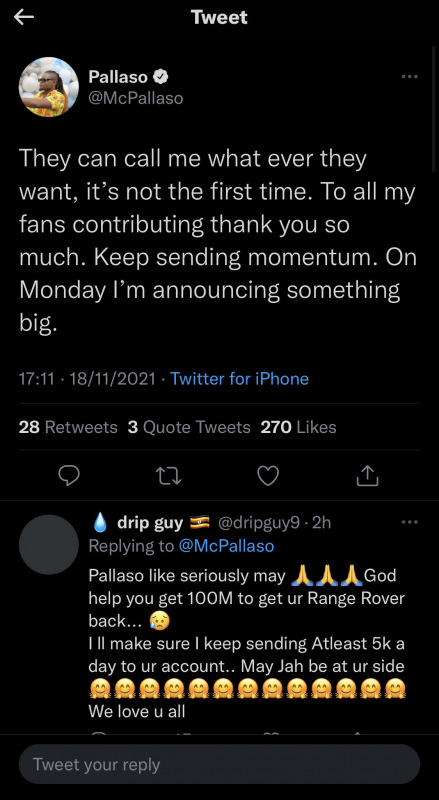