P-Unit Opens up on Inspiration Behind Their Latest Hit ‘Nobody’ 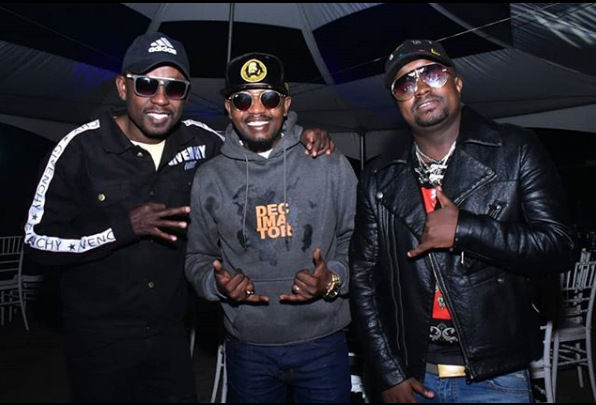 Celebrated Kenyan music group P-Unit has opened up on the inspiration behind their latest jam, ‘Nobody’, noting that it came about as a result of the increasing cases of extra-judicial killings being reported across the country.

Speaking during an interview on Citizen TV’s 10/10 show, Frasha, Gabu  and Bon-eye noted that as artists, the felt they need to join the conversation, and the best way to do it was through a song.

“'Nobody'  tumetoa  about extra -judicial killing .Because hiyo ndio kitu iko mtaani. Cause that's what's in our environment .Unaskianga msanii ndio kioo cha jamii .You have to say the injustices happening around .Time yake ilikuwa perfect  cause that's what has been happening,” Frasha said.

The song’s producer, J.String attributed the acoustic version used in ‘Nobody’ to Frasha.

“We did an acoustic version of the track and he said no beats, I want it just like that. Add your violin, guitars there and it's a wrap,” he said.

Other than the single, the trio has promised to release more projects in future, adding that they have a new album coming in the near future.

According to the group, ‘Nobody’ is one of the songs in the upcoming album.