Makhadzi Given State Welcome in Botswana 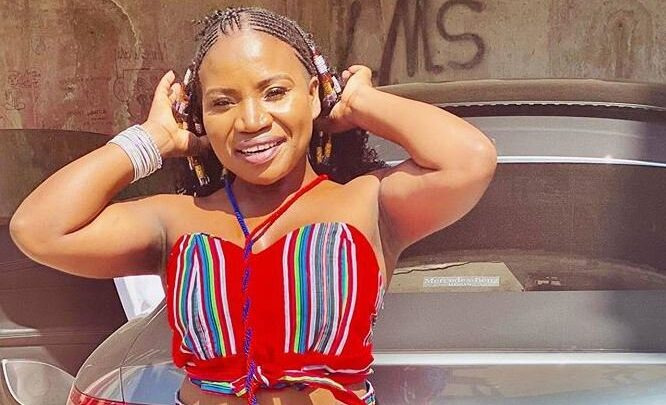 South African musician Makhadzi was on Friday the talk of the town after she received a heroic welcome during her tour of Botswana.

The ‘Ganama’ hit maker was received by Gaborone Mayor Thata Father Maphongo together with local security apparatus. She was picked in a limousine with security trailing it, a show that no so many artists have received in Botswana.

Read Also: How Makhadzi Brought Malawi Festival to a Standstill

The showbiz behind it all was last seen when Jay Z and Beyonce toured South Africa. Humbled, Makhadzi expressed gratitude in all that happened saying it made her feel emotional. She says that with such treatment, she is in no doubt that God will always shower His blessings to His people in His own time.

“I am very much emotional about the love I received yesterday from my people…my Botswana lovely fans…you guys proved me that God’s time is the best. And if he says yes nobody can say no!” she wrote.

She further thanked Vee Mampeezy and Charma Gal for supporting her. “Thanks for supporting me yesterday…your presence made my performance a boom... lets continue giving our people good music. We are 1,” she posted.

Makhadzi has for the last couple of weeks held concerts in different African countries with the most recent being Malawi where she gave an electrifying show before returning to South Africa.

Makhadzi was for years a backup singer and the zeal to go mainstream was a dream she worked on for many years.