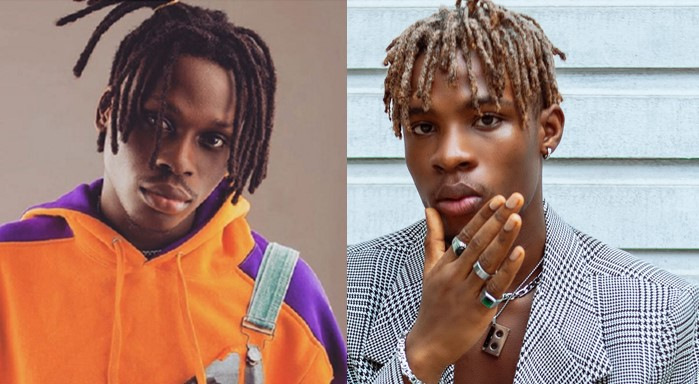 Joeboy and Fireboy DML are two of the many youthful musicians that are being tipped to be the next face of the Naija Music Industry once the likes of Burna Boy, Wizkid, and Davido start edging closer to retirement.

The two have so much in common, they have made a name for themselves by releasing love songs that blend Afrobeats and R&B, not to mention that they are almost of the same age Joeboy, 24, and Fireboy DML, 25.

If you were to choose between listening to a Joeboy and Fireboy DML song, which one would you pick? We take a look at how the two compare against each other.

Joeboy has two major award wins to his name – Best Artiste in African Pop which he won at the 2019 All Africa Music Awards, and Best Pop collected at the 2020 Soundcity MVP Awards Festival. He has also been nominated in 11 other different categories including The Headies’s Next Rated and City People Music Awards.

Fireboy DML on the other hand has 7 award wins, 5 of which he collected at the 2020 Headies Awards. He has also been nominated for 7 different other awards, among them City People Music Awards and Soundcity MVP Awards Festival.

Joeboy has one album ‘Somewhere Between Beauty & Magic’ which he released in February 2021 and one Extended Play (EP), the 2019-released ‘Love & Light EP’ while Fireboy DML has two albums to his name, the debut ‘Laughter, Tears and Goosebumps’ (2019) and ‘Apollo’ released in 2020.

Both Joeboy and Fireboy DML have attracted a huge fan base with the consistent release of love songs. Some of the popular loves songs for the two include;

Joeboy: Baby, Beginning, Call, Don’t Call Me Back and All For You.

Joeboy’s YouTube channel currently has over 45 million views for all his music projects while Fireboy DML has over 161 million cumulative views on his Channel.

Joeboy and Fireboy DML are both active social media users. They regularly engage with their followers sharing news about upcoming projects, new releases, among others.

Both their Twitter handles are verified, with Joeboy having 756.9k followers and Fireboy DML 2.5 million followers.

On Instagram, Joeboy has 1.7 million followers while Fireboy DML has 2.5m followers.