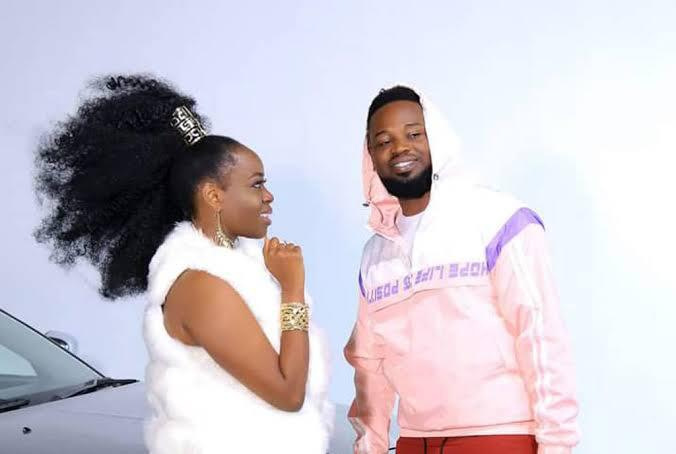 Ugandan artist Angella Katatumba has announced her reconciliation with fellow artist and producer Daddy Andre a year after their breakup.

The two who were once lovers broke up last year over personal differences after just a few months of dating.

Speaking during a recent interview with Urban TV, Angella Katatumba said they talked out their issues and settled their differences after Daddy Andre reached out with an apology.

Signed under the same label, Angella revealed that Daddy Andre reached out to her management and asked her to feature on a song titled 'Wendi’.

“I am excited that Daddy Andre and I are back together. He called my management and asked if I could feature on another song he wrote, the song is called ‘Wendi’. He also asked for forgiveness and I forgave him because when someone says sorry, even if he did something wrong, I forgive. Besides that Andre studied me and knows me very well,” said Angella Katatumba.

Fans are eagerly waiting for the song as the two are immensely talented and have great chemistry. The last time they worked together, their song ‘Tonelabira’ took the country by storm, with some fans terming the love song of the year 2020.