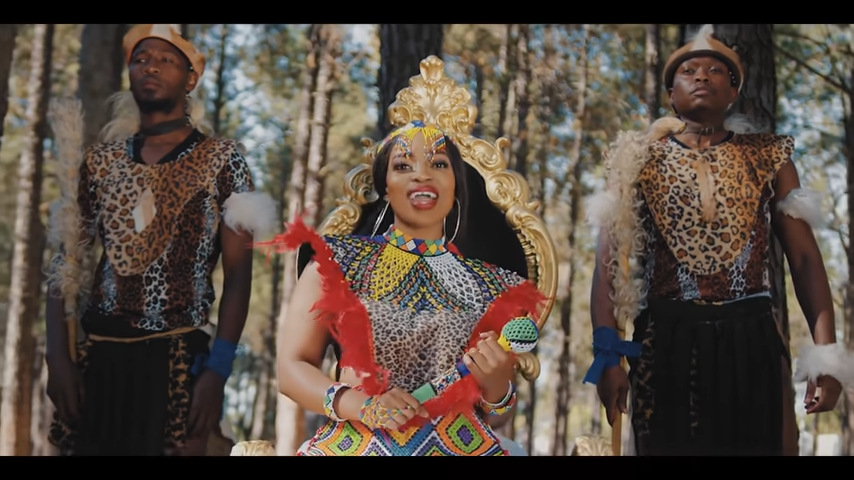 South African musician Zanda Zakuza has celebrated the 2021 Heritage Day by releasing a new song dubbed ‘Afrika’ that is all about celebrating the African heritage.

‘Afrika’ is a cultural masterpiece bringing out the beauty of South Africa’s diverse culture. The song is deep, with mellow beats and her choice to have English lyrics resonates well with her intent to unite Africa through music.

Most Africans can understand English even if it is not their official language. She also has some lyrics in native language to represent South Africa.

The South African House and Kwaito singer describes Africa as a place like no other and she would choose it time and again over other place in the world.

The beats to the song makes you enjoy every minute of it. ‘Afrika’ video speaks much of South African culture. Donned in traditional regalia, Zanda and her team look stunning. They all have South African flag colors as a way to celebrate their African heritage.

“Im just gonna say Africa is the best, its time we stop saying colonisation and many other things. Just live and be happy. We are a beautiful continent. Thank Zanda,” Willy Sems said in reaction to the song.

Paballo Modise pointed out Zakuza’s great fusion in production of the song. “I love how this song was compiled with amapiano scent in it without losing the African touch...it was beautiful to watch.”