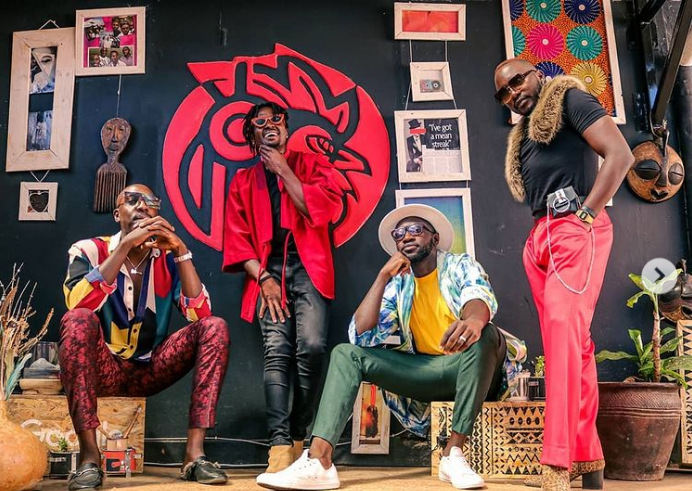 Recent times have seen the re-emergence of the Rhumba vibe back to our airwaves. The genre which was previously consumed by the older generation is slowly making its way back to the local music scene that to the new generation artists.

Presenting rhumba in a new style, different renowned artists have been reminding their fans of what they had been missing, through releasing well-produced and creatively directed Rhumba songs. These artists include; Sauti Sol, Okello Max, Wanavokali and many more. This article reviews top 5 Rhumba songs which have been released by new generation Kenyan artists:

‘Rhumba Japani’, which is one of the songs off Sauti Sol’s ‘Midnight Train’ album is a groovy tune that pays tribute to a popular Congolese rhumba band dubbed ‘Rhumba Japan’. The song describes different peculiar scenarios that do not normally take place on a day to day basis.

‘Nakufa’ is a smooth Rhumba love song in which Okello and Bensoul declare their everlasting love to their lovers, citing that they want to spend the rest of their lives with them.

‘Rhumba’ is an upbeat song which pays homage to the golden era of Rhumba music and culture. The jam tells the story of two strangers whose passions have been ignited, dancing the night away.

‘Stella Wangu Remix’ is a revamped version of the classic song ‘Stella Wangu’. The song tells a love story between Mwamburi and his lover Stella who left Kenya to study Medicine in Japan and later returned on May 17th, 1992 accompanied by a Japanese man and their baby breaking his heart.

‘Rhumba ya Ssaru’ is a love song depicting a long pre-existing relationship of a couple that had lost contact with each other and managed to come together after a long while. Adapting to the famous storytelling technique adapted by most Rhumba jams, Ssaru tells their love story through well-versed rhyming lyrics with Charisma feeding off her energy to deliver sultry vocals, which marry with her style.