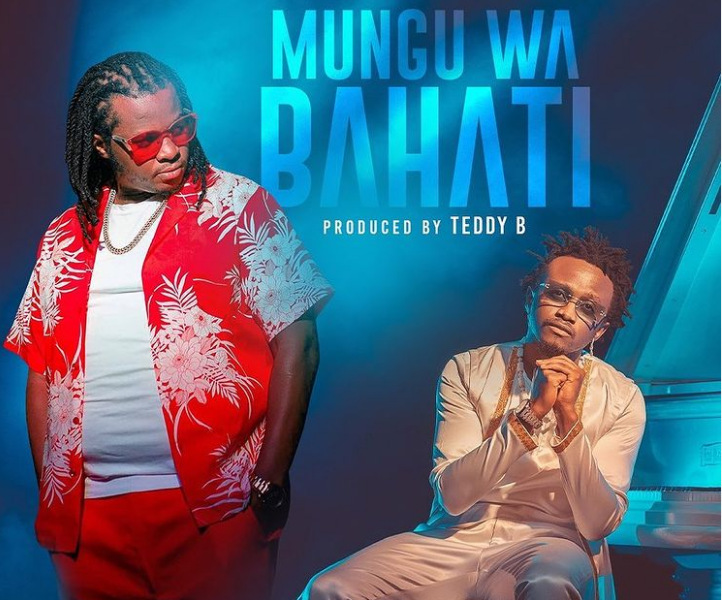 ‘Mungu Wa Bahati Remix’ is a worship song which gives praise to God for granting grace to all the people on earth. Adding to Bahati’s original song ‘Wewe Ni Mungu’ which premiered a few days ago, DK drops well-versed lyrics, expounding on how God belongs to all people including sinners and the righteous.

Expounding further on his points, he gives several examples of how the God of Willy Paul, Ezekiel Mutua and Bahati who he dubs to be half saved is still the God of saved artists who release gospel songs but never trend like Bahati’s.

The video is very creative and incorporates normal people as they undertake their day to day activities including; a motorist and a police woman who harmonize with Bahati’s melody.

Read Also: Bahati Explains Why he Included ‘Wewe ni Mungu’ in ‘Love Like This’ Secular Album

The remix which was uploaded on Bahati’s YouTube channel has been received well and already has over 84,000 views in a few hours.

Reacting to the song, fans shared views in the song’s comment section, with many reiterating the message that Bahati and DK conveyed in the song, while sharing their own testimonies.

“This song will only kick and hit your heart when you've seen God do wonders in your life.. Blessings to you.. Bahati, DK and everyone touched with the song, ”one fan reacted, with another one adding, “This song has made me tear up Mungu wa Sarah na Hannah ni Mungu wangu na Mungu wetu sisi sote Bahati na DK good job and this is good and uplifting song kudos.”

Read Also: Eunice Njeri Vs Mercy Masika: Who is the Queen of Kenya's Gospel Music