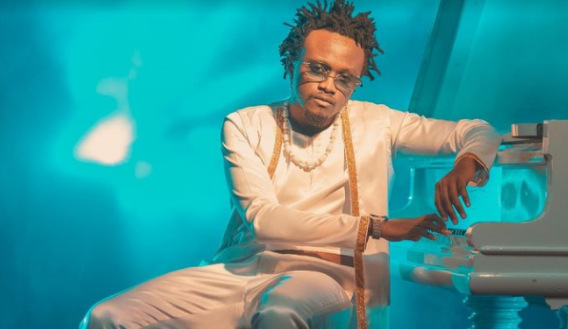 Renowned Kenyan artist Bahati has opened up on why he decided to include one gospel song in his latest album ‘Love Like This’.

Speaking during an interview at Kiss FM morning show with Kamene and Jalas, Bahati opened up that the gospel song dubbed ‘Wewe Ni Mungu’ was meant to thank God for the far He has brought him, and for all the wins he has been giving him including massive ambassadorial deals.

Expounding further on the overall cost of production, Bahati cited that out of all the songs in his album, ‘Wewe Ni Mungu’ was the most expensive, with the audio production alone costing him over a hundred thousand Kenyan shillings.

“It is actually the most special video that I did for this album. In the album, this was actually the most expensive song in terms of whatever niliput in. A normal audio inaeza cost around twenty thousand, hii ilicost over a hundred. The video, let me not talk because everyone is exaggerating, but hata ukiangalia the video, I went all out. This is a gift to thank the Lord,” he expounded.

During the interview, Bahati also affirmed his belief, trust and dedication to the Almighty God, explaining that even though he is currently doing love songs and general music, his belief in God is still strong.

“Right now I am doing love songs, I am doing general music but I still believe in God, he is my foundation,” he clarified.

Meanwhile, ‘Wewe ni Mungu’ is still flying high and has already attained over a half a million views on YouTube in three days.