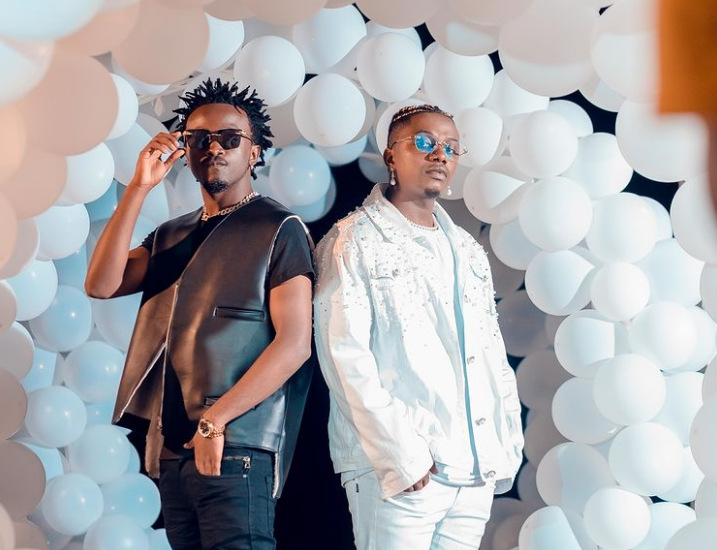 Celebrated Kenyan artist Bahati has opened up on the cost of his latest video dubbed ‘Kiss’ featuring Rayvanny, noting that it was one of his most expensive videos. Speaking during an interview with 5 Minutes of Fame Kenya podcast, Bahati revealed that video cost him approximately Sh1.3 million.

“One of the most expensive videos that I did in my album was with Rayvanny. It cost almost one point two, one point three million,” he revealed.

Bahati revealed this information after a question that prompted him to give advice to upcoming artists on music video budgeting, even as he urged them to give their best at their level, and not put a certain figure as their benchmark.

Giving an example with one of his successful songs to date ‘Mama’ which also catapulted him to fame, Bahati revealed that ‘Mama’ did not cost over thirty thousand.

“But angalia one of my biggest songs yenye hata nimeimba hata hapa ni ‘Mama’. ‘Mama’ haikucost hata thirty thousand. Haikucost kwa sababu I was struggling, I was starting and I gave my best at that particular time. So as a new artist what you need to do, give your best at the place where you are,” he added.

Currently, ‘Kiss’ is flying high on YouTube, trending at number three with over 1.5 million views.

‘Kiss’ is a soft Swahili RnB song off Bahati’s latest album ‘Love Like This’. In the jam, Rayvanny and Bahati take turns praising the qualities they have observed in their lovers as they send them kisses and love.