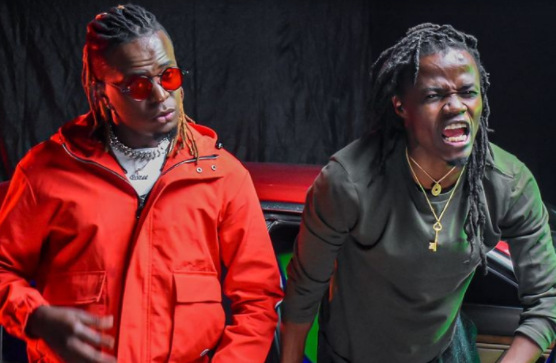 ‘Nomare’ is an upbeat jam in which Willy Paul and Juliani hit back at critics who’ve been saying they have lost their good morals and are now heavy drinkers who don’t give handouts easily.

Hitting out at their haters, the two inquire whether the people who have been criticizing them are their parents or if they gave birth to them, adding that when critics see their prosperity, they think that it is an abnormality.

Balancing Willy Paul’s melody, Juliani takes us back to his roots and delivers a well-versed rap, in which he addresses his fans telling them that many people just have information about him but only a few know the truth.

‘Nomare’ has been received well and already has over 150,000 views on YouTube in a few hours.

Giving their feedback on the comment section, fans praised Willy Paul and Juliani’s lyricism, with others taking this opportunity to welcome Juliani back to the game.

“Niko solo sitegemei clicks kama Cambridge '' Moto sana.Alafu that hook ya Pozeee! Welcome back Juliani,been a while!Ngoma kali sana,”one fan praised, with another one adding, “The song is a vibe ,pozze is talented and juliani is a king in music. What a comeback.”