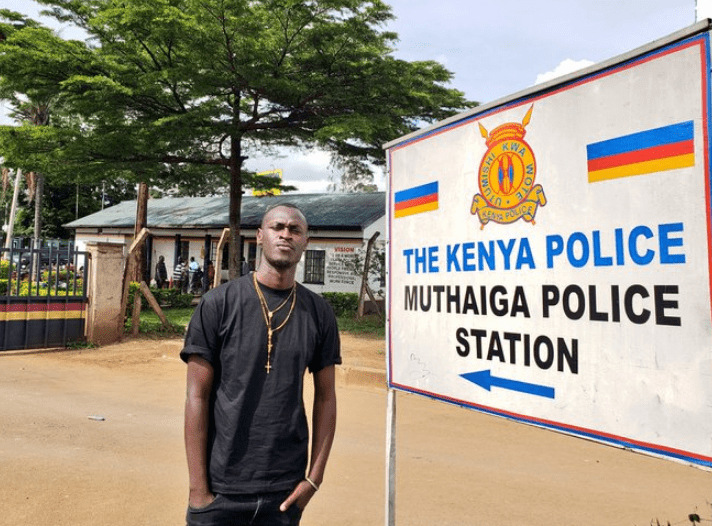 “Any form of art is a form of power; it has impact; it can affect change, it can not only move us, it makes us move,” these are words of restless art genius Pablo Picasso. In today’s sociopolitical climate, different artists all around the world have been using different forms of art to shape the society they live in and support different movements that seek to fight social injustices and bring positive change.

In the past twenty years, several artists including Eric Wainaina, King Kaka, Juliani, Sauti Sol and Jimwat have been using their art to call out different atrocities that continue to rampage our country. This article dives deeper in expounding how different Kenyan artists have used their music to be the voice of change and reason.

In the early 2000, a young Eric Wainaina penned one of the most instrumental songs in the fight against corruption dubbed ‘Nchi Ya Kitu Kidogo’ which translates to ‘A Country of Small Things’. The song which resonated with most netizens talked about the negative effects of corruption in the country.

Another instrumental song which helped in the fight against corruption was ‘Sitoi Kitu Kidogo’ by Jimwat. The song which translates to ‘I Am Not Giving You Something Small’ premiered on YouTube in 2011. The song which easily resonated with the masses highlighted the story of one young man who was tired of giving bribes to police officers.

Using music to fight inequality, injustice, power and corruption, renowned Kenyan artist Juliani released ‘Utawala’ in February 2014. Expounding on the points in his song ‘Utawala’ through OXFAM blog, Juliani wrote, “These lyrics, from my song Utawala, are just a snapshot of the problems I see in Kenya today. Inequality, injustice, power, corruption. We live in a country where the richest Kenyan’s wealth is over $700 million, yet over 40% of the country’s 44 million people still live in poverty . These issues are real and something needs to be done.”

Moving over to the recent years, music icons Sauti Sol released ‘Tujiangalie’ in 2019 featuring Nyashinski. The song which was effective in reaching the masses highlighted the social ills affecting our society today including corruption, growing debt, tribalism, as they called on netizens to look deeper into themselves because the state of the nation is getting worse by the day.

Arguably one of the biggest songs by King Kaka in recent times, ‘Wajinga Nyinyi’ which premiered in December 2019, was a voice of change which caused a stir among many Kenyans. The sociopolitical song highlighted the social ills that continue to bedevil our beloved country. Using the power of spoken word, King Kaka stirred Kenyans, who took to different social media platforms to discuss the content of the song.

This week, King Kaka again caused abuzz in the country after releasing ‘Tena’ featuring Jadi. The song highlights the increasing cases of police brutality in the country, in the name of implementing Covid-19 regulations issued by the government. ‘Tena’ was inspired by the sad death of two brothers in Kianjokoma; Embu County. The two allegedly died after being arrested by police for violating curfew regulations.

Through the above examples it is clear that Kenyan artists have consistently continued to play their role in society by using music to fight different social injustices throughout the years. What remains is all of us joining them in being patriotic citizens who are ready to call out any social ills that may threaten our future.