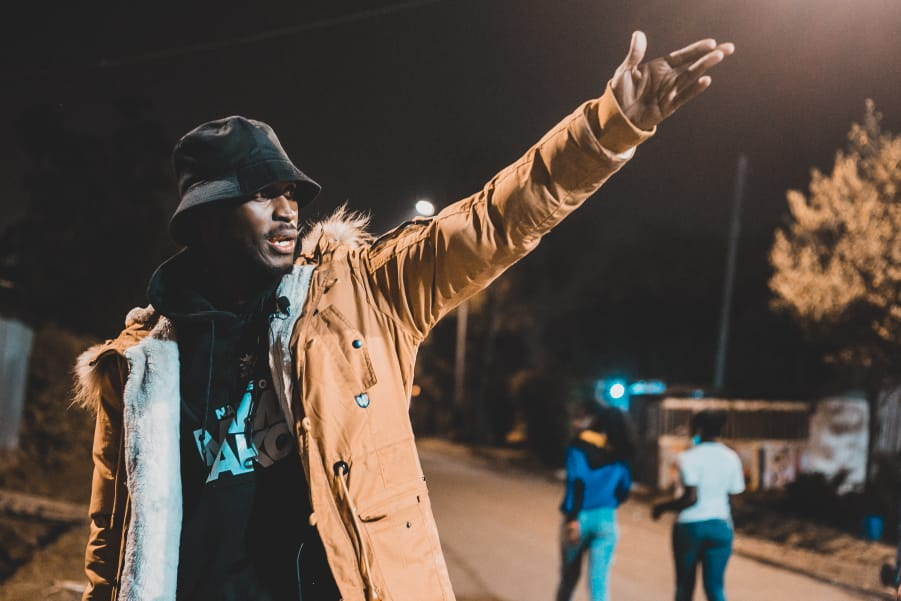 'Tena' is an emotional song that highlights the increasing cases of police brutality in the country.

Featuring the talented Machachari actors popularly known as Tosh and Mbugi, King Kaka tells a story of two young men who lose their lives after being victims of police brutality.

The two are seen heading home, but they are unfortunately assaulted by police who accuse them of violating curfew regulations.

The story is similar to that of two brothers who died in Embu a few weeks ago after being arrested for allegations of curfew violation.

King Kaka creatively ends the video by asking, “When did protect and serve become comply and die?”

‘Tena’ has been received well and already has thousands of views in just a few hours. In addition to the views, fans also took to the comment section to praise the overall production of the song with many expressing their condolences to the late Kianjokoma brothers.

“Amazing job from Jadi on that beautiful chorus and on the production too. RIP Kianjokoma brothers,” one fan commented, With another one adding, “You always know the music is excellent and moving the moment it captures your whole soul and gives you goosebumps unexpectedly...Too emotional damn!!!!! Thanks for the masterpiece.”