Nomcebo Heads to Switzerland as Master KG Performs in UK 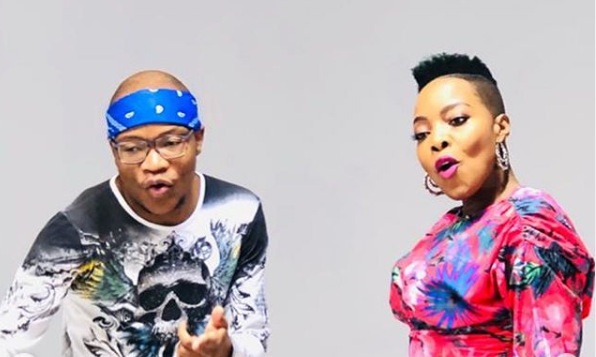 South African musician Nomcebo Zikode will be on her first concert in Europe this weekend. She announced via her social media platforms that she will be in Basel, Switzerland on August 27 and August 28.

“My first concert in Europe…Switzerland people I hope you ready for the Queen of Jerusalema song, I’m coming to Basel this week-end of the 27th & 28th of August,” she wrote.

Her tour comes at a time when Master KG takes on the United Kingdom this weekend. Both artists will be in Europe at the same time but in different countries. Master KG will be performing in the Jerusalema Live Concert together with Zanda Zakuza.

Nomcebo originally did ‘Jerusalema’ with Master KG in 2019. The song blew up in 2020, earning them global recognition.  Unfortunately, they couldn’t travel for concerts in 2020 due to the Covid-19 pandemic that scourged the whole world.

However, Zanda has been accompanying Master KG to different Jerusalema concerts. Nomcebo and Master KG seemingly fell out over revenues from ‘Jerusalema’.

Nomcebo in July released a statement claiming she has never received any payment from Master KG or his label for the viral hit.

“I have not been paid a cent by the label for #Jerusalema despite the song’s global success. I have been ridiculed, with efforts to marginalize my contribution. The continued love and support from the fans of #Jerusalema has been my strength and anchor during this tough time. I, as a female artist, can’t stay silent on this anymore, the matter is now with my lawyers,” she posted on Instagram.

In a series of tweets which he later deleted, Master KG rubbished Nomcebo’s claim stating that they had an agreement to split revenues from the song on a 50-50 basis. He, however, alleged that Nomcebo asked for 70%.

He added that Nomcebo in 2020 embarked on a ‘Jerusalema’ tour without him, but when he has his own tour, Nomcebo changed the narrative and claimsed that Master KG sidelined him.

“Last Year Nomcebo Started Jerusalema Tour Without Me And I Never Had a Problem And Few Weeks Back I Started My Tour And Then Nomcebo Went To The Media and Created a Story That I'm Leaving Her behind...I Don’t Really Know Why Things Must Be Like This,” Master KG posted.