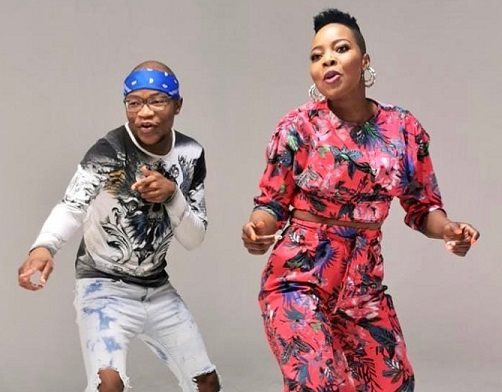 Open Mic Productions; the label that Mzansi singer Nomcebo is signed under has responded to a revenue dispute between her and Master KG, over their viral hit ‘Jerusalema’. The label in a statement addressed a number of issues raised by both parties.

In the statement, the label said both Master KG and Nomcebo have not been paid from the song, because the latter is yet to sign a revenue share agreement given to her by the label in November 2020.

Open Mic added that since November, it has been a back and forth game between Nomcebo’s legal team and that of Master KG with nothing conclusive.

“No payment has been made to either artist as yet because Nomcebo Zikode is yet to sign the Featured Artist Agreement that essentially records what was agreed between herself and Master KG prior to the both of them going into the studio, to record Jerusalema.

Read Also: Master KG Hits Back at Nomcebo, Claims She’s Yet to Pay Him for Featuring in Her Album

“This is the agreement that stipulates amongst other matters, what percentage of Master KG’s artist royalties is payable to Nomcebo for her role as a featured artist in the song.

“The negotiations will continue and payment made immediately after they strike a middle ground, the label added.

On Sunday, Nomcebo issued a statement noting that she had not been paid by the label for her role in the song. Responding to Nomcebo, Master KG accused her of demanding more revenue than what was agreed between them.

Here is the full statement from Open Mic Productions: 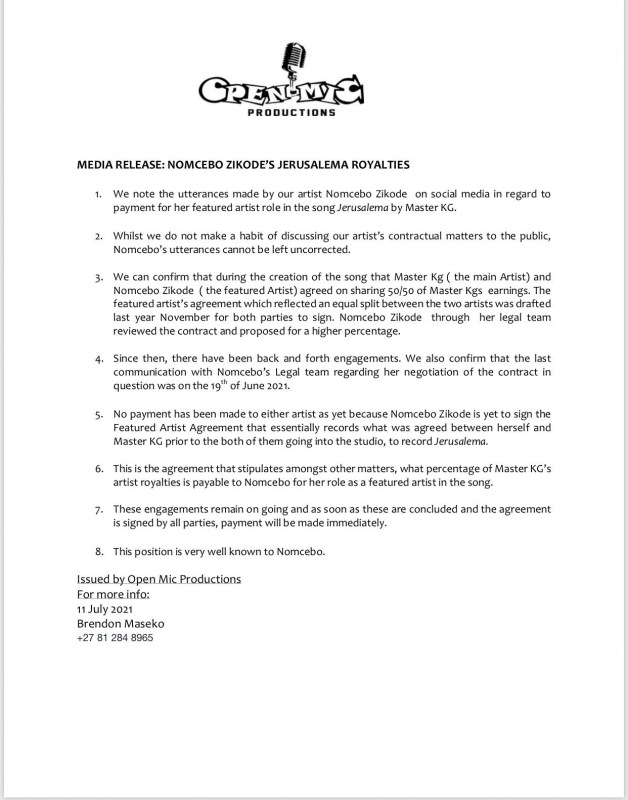