Makhadzi to Host Listening Party for New Album on August 27 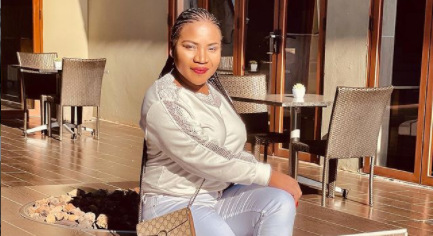 Music is a science that has its complexities but when well-thought out and smartly implemented, it will always lead to success. This is what Mzansi songstress Makhadzi is all about with her listening party for her album set to be released in September.

Makhadzi has for the last few days been popularizing her listening session for the upcoming album.

“There’s some shows that one can’t afford to miss! I am going to shut down Pretoria @propaganda_pretoria on the 27 of August. What I did to my album is undidible!” she posted on Instagram.

What many people do not know is that listening sessions or listening parties are part of musical marketing. It is a science which gives an artist leverage on making mores sales for a new album or single track.

The element of inviting like-minded people to an album’s listening party spurs its marketing. These are people whose criticism is at an all-time low and in instances where it abounds, it is positive and professional.

At Makhadzi’s event, you can expect her to drop a few of her banger songs from older albums before premiering her new album. This is a tradition and a psychological science that keeps invitees hooked to her musical work.

It prepares perception and reactions for the new album in a positive way. Her last album ‘Kokhova’ released in 2020 was a huge success for the Open Mic Productions artists.

Her success in this album elevated her in Mzansi musical charts. Since then, she has promised to keep her fans base intact and expand it with riveting music.