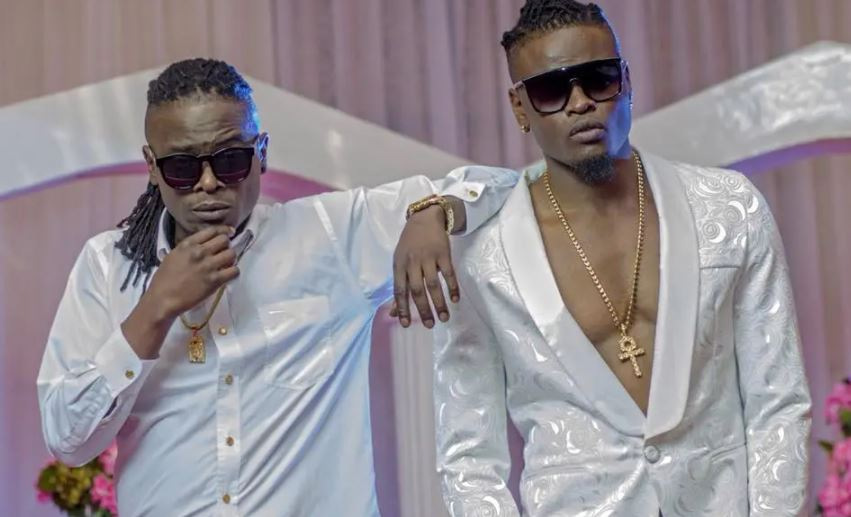 Ugandan musician Weasel Manizzo of the Goodlyfe Crew has teamed up with trending artist Pallaso on a new dancehall jam dubbed 'Ebyaana'.

In 'Ebyaana' (Luganda slang used to describe sexy women), Weasel and Pallaso make it a point to rain praises on all beautiful women. They express their desire to surround themselves with a number of beautiful women.

The well-crafted lyrics were penned down by renowned songwriter Yesse Oman Rafiki.

In ‘Ebyaana, Weasel and Pallaso have used the same beat from Chaka Demus and Pliers' hit song 'Murder She Wrote'.

The beats will get you dancing as you reminisce about the good old music days. The audio was produced by Eli Arkhis Muzik and there's no news about the video yet.

This is not the first music project Weasel Manizzo and Pallaso have worked on. They released their first collaboration dubbed 'Am Coming' in 2018.

At the moment, Pallaso is one of the top trending artists in the industry, releasing back to back hits.

On his part, Weasel is doing equally well and has announced that he’ll be dropping his debut solo album later this year.