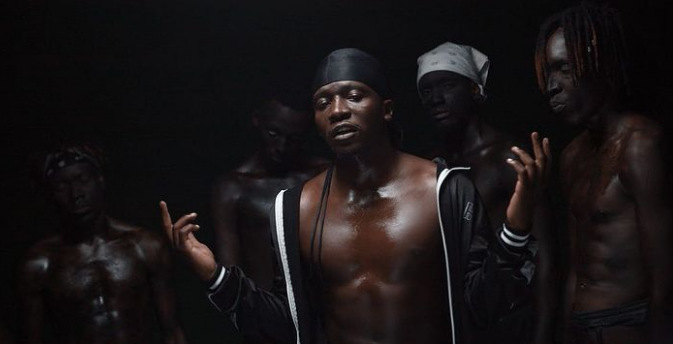 ‘Black’ is a groovy hip-hop jam which celebrates black people and their diverse cultures. Delivering a catchy hook, Scar reiterates that ‘Black’ is beautiful and it doesn’t crack, as he reminds all-black women to feel proud because they deserve the best.

He also gives a shout out to Museveni and Oginga Odinga, as he compares his black skin to theirs. Matching Scar’s energy, Lord G delivers well-articulated verses as he celebrates his journey as a black man who has made it from rock bottom.

The video which was directed by Rango M is the definition of a ‘work of art’. Presenting gorgeous black men who are oiled up and painted with black make-up, the visuals present a man as a piece of art.

The models also deliver creative visuals with each enacting different artistic expressions with their bodies and faces.

In terms of reception, ‘Black’ has been received well by fans and already has over 11,000 views on YouTube. Apart from viewing the video, fans also shared their feedback in the comment section, with many expressing disappointment with how Scar is yet to receive a BET nomination, for his talent, as they compared him to the biggest artists in Africa.

“Yoh! This is an international hit. If someone like Burna Boy did this, they would be giving him all the BET awards. Scar to the world,”one fan commented, with another adding, “This is the vybe scar should give us. This song should be on the billboard Lord G your vybe is on another level.”