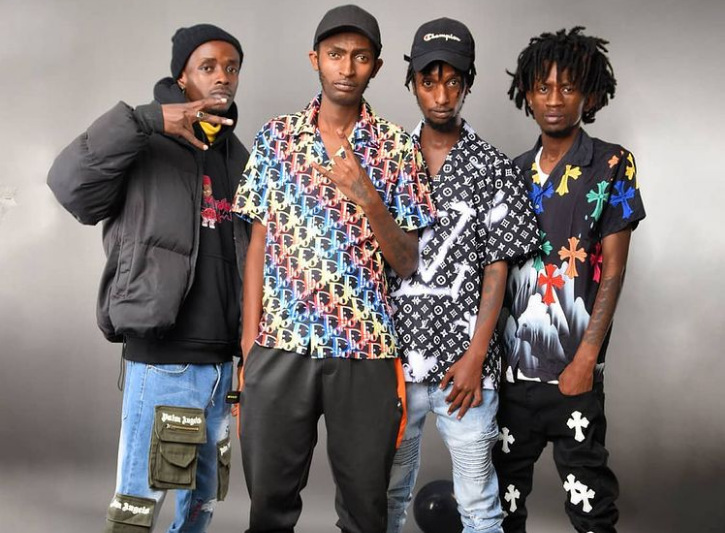 ‘Ukam’ is an upbeat Gengetone jam in which Boondocks and Mbuzi Gang praise their looks as they encourage the special ladies to hurry up and come over.

The song employs a different production style, with the chorus having an adlib, which hypes up the jam even more as all the featured artists drop well-versed lyrics to the upbeat instrumental.

On the other hand, the visuals which feature Zari Dancers Africa creatively tell a story of young people waking up and preparing themselves but through innovative dance moves. Taking to Instagram to announce the premiere of ‘Ukam’, Boondocks gave a big shout-out to Zari Dancers Africa, as they requoted some of the catchy lyrics from the jam.

The song which premiered a few hours ago has been received well and already has over 7,000 views on YouTube.

Meanwhile, their previous hit ‘Sijazoea Hivo’ featuring Rekles, Guzman, and VJ Chris, off the same EP is still flying high and  has over a quarter a million views on YouTube.

In addition to these tracks, the other five songs on the EP which include; ‘Commando’, ‘Mamamia’, ‘Tango’, ‘Dhidhi’ and ‘Usijiforce’ have also had a great reception with each garnering thousands of views on YouTube.