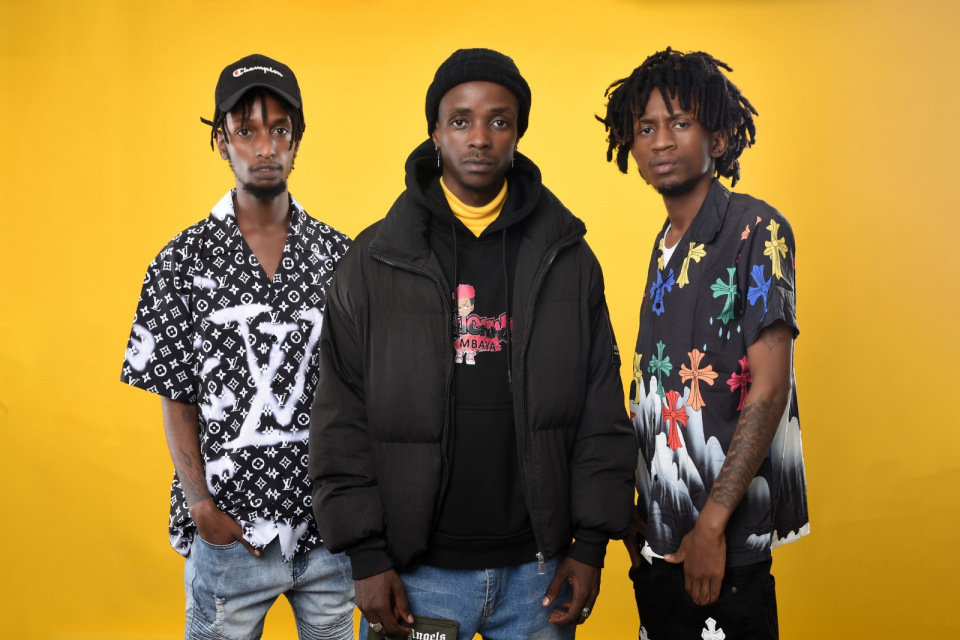 Renowned Gengetone group Boondocks Gang is back with a new debut EP dubbed ‘Genge La Bundoski, after a long hiatus which saw all members working and releasing solo projects.

The jams also include features with famous Gengetone artists including Mbuzi Gang, Reckless of Ethic Entertainment, Guzman of Mbogi Genje, and VJ Chris.

Through this EP, Boondocks gets to remind their Gengetone fans what they have missing as they deliver well-versed Gengetone jams full of new Sheng’ lingo.

In addition to releasing their EP, Boondocks also released one music video for their fifth track in the EP dubbed ‘Sijazoea Hivo’ featuring Rekles, Guzman, and VJ Chris.

‘Sijazoea Hivo’ is an upbeat Gengetone jam in which all the featured artists drop well-versed lyrics about what they are not used to doing when it comes to dating.

The video is simplistic featuring all featured artists with only one gorgeous video vixen who delivers creative shots for the visuals.

‘Sijazoea Hivo’ which premiered a few hours ago has been received well and is already trending on YouTube at number forty-four with over 20,000 views.

Taking time to welcome their favorite Gengetone group back, fans took to the comment section to express their joy with the latest EP with others dubbing the Gengetone genre to be the pride of Kenya.