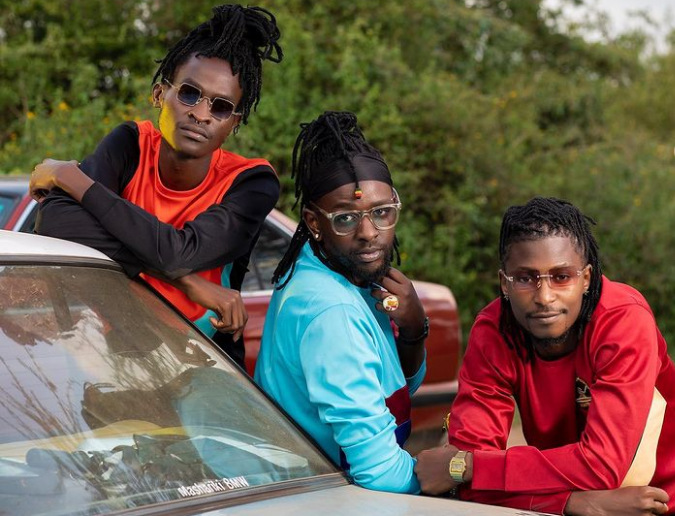 Celebrated Kenyan group H_art The Band has released a new jam dubbed ‘My Jaber’ featuring Brizzy Annechild, off their latest album ‘Simple Man’. ‘Jaber’ is a Dholuo word which translates to ‘a person of beauty; it is often used to describe females who have exceptional physical qualities that make them outstandingly attractive and deeply pleasurable to look at.

Sticking to the meaning of the word ‘Jaber’, H_art The Band and Brizzy deliver well-versed melodic lyrics to an upbeat instrumental, as they praise the special ladies in their lives with exceptional promises.

On the other hand, the star-studded music video embodies the African theme and culture whilst celebrating the African Woman and her beauty. As reported earlier, Betty Kyalo makes a special guest appearance amongst other gorgeous vixens, who deliver exquisite visuals throughout the song.

In addition to Betty, other renowned Kenyan personalities also make an appearance including Willis Raburu and Kartelo. ‘My Jaber’ has been received well and already has over 60,000 views in the first few hours.

Read Also: H_art the Band Explain How They Came up with the Group’s Name

In addition to the views, fans also dropped positive comments under the visuals, with many dubbing it the 2021 song of the year.

“Kama ni poa ni poa.. This is officially the biggest song of 2021 and this is going to stay here for a very very long time... Big Ups... Brizzy reminds us of Musa Juma.. Great work waaah.. And the video is just on another level,” one fan noted, with another one adding, “This should be the future of Kenyan music. Good music, good graphics, everything just good. Let us compete with Tanzania with these kinds of songs.”