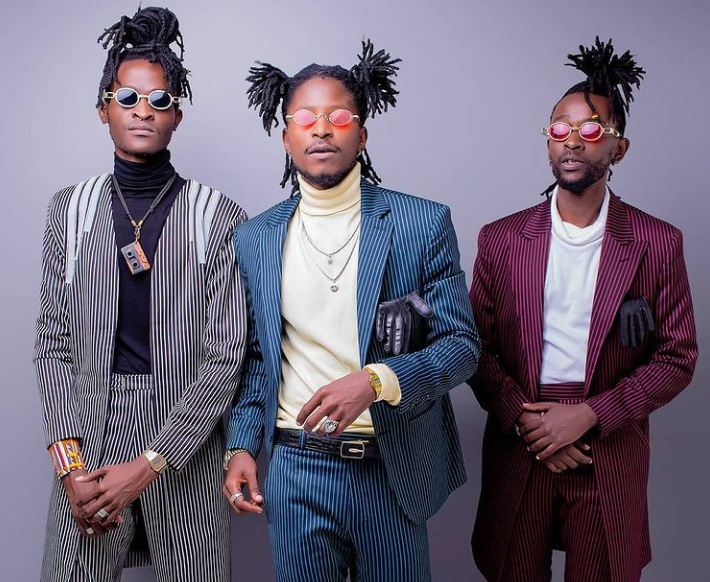 Talented Kenyan music group H_art the Band has opened up on how the came up with the band’s name, noting that it was inspired by their dynamism as a group.

Speaking during an interview on Jalang’o TV, Kenneth Muya; the group’s guitarist said they wanted a name that would cover all forms of art that they undertook as individuals.

”We were looking for a name that would comprise everything that we do. Mordecai alikuwa Poet, huyu alikuwa anachora, mimi nilikuwa naimba bado nafanya fashion. So H_art inamaanisha all kind of art from the heart. So the underscore is the bridge between the Heart and the art,” he explained.

The group also detailed the inspiration behind their viral hit ‘Uliza Kiatu’, stating that the song was a result of the challenges they faced while trying to make ends meet.

Wachira Gatama, who is the renowned meticulous poet in the group noted that they were invited for a gig at South B and had to walk from Kayole to the venue for a period of two weeks.

Download H_art the Band Music for Free on Mdundo

By the time the show was done, Mordecai’s Converse shoes, were in dire condition. While teasing him, the other members noted that the shoe would have a lot to say if it decided to have a chat with them, and that’s how the conversation for ‘Uliza Kiatu’ began.

At first, they wanted to write a story detailing the struggle of the people who walked with them in the morning and evening, but later they softened the concept, to give us one of their biggest hit songs yet.