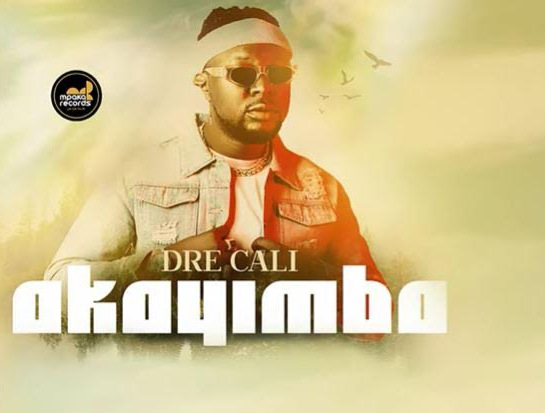 In 'Akayimba'(loosely translated from Luganda to mean ‘a song’), Dre Cali confesses that he is dumbfounded with the beauty of his woman. He notes that her presence acts as a painkiller and stress reliever that he can't stay without.

The audio was produced by Dary Hits and Kraizy Beats from Mpaka Records, while the video is expected to be released soon.

Dre Cali debuted professional music in 2019 after being signed by Mpaka records. His major break-through came after he released ‘Ebisoka Nebisembayo’ in mid-2020.

His brand has continued to grow even bigger with trending hits like; ‘Singa Omanyi’, ‘Simanyi’ and ‘Ekifubba’ among others.

With his signature voice, a number of fans have come out to compare him to late legendary Ugandan musician Radio Mowzey.

Upon the release of this new song, his YouTube comment section was filled with messages comparing him to radio, with some fans claiming that he is the man to fill the gap left by the deceased.

A section of fans believe he is singing out Radio's unreleased music, a claim he has strongly denied.