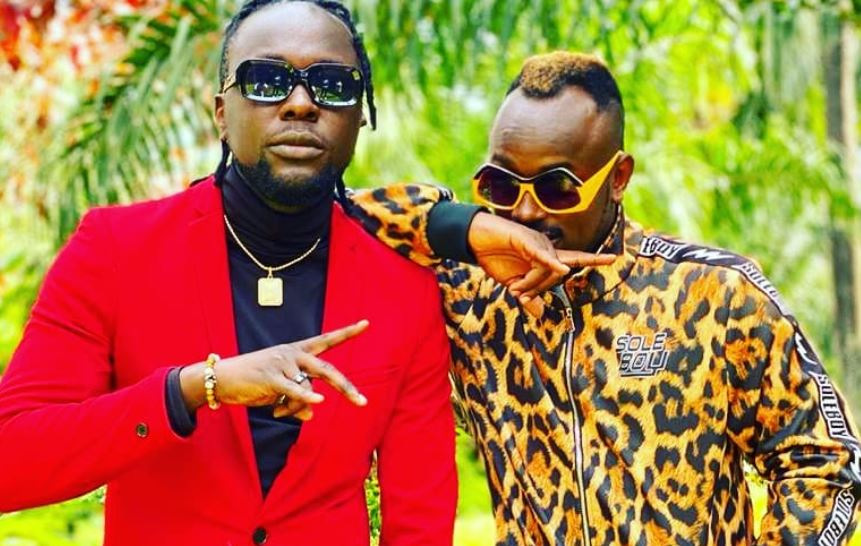 Over the past two years, the Ugandan music scene has been treated to a host of new generation musicians that are keen to transform the industry.

Some of the new artists have commenced their careers on a high note thanks to mentorship and support from established artists.

One such musician is Dre Cali who debuted professional music in 2019 after being signed by Mpaka records boss Ykee Benda.

Before joining Mpaka records, Dre Cali was a little-known artiste who struggled to make music with a hope of making it big in the competitive Ugandan music industry.

Like most upcoming artists, getting access to a studio was not easy, however, thanks to his close associates he was able to record a few songs.

In 2017, Dre Cali went to Lukyamuzi's Badi World and recorded 'Fire Bullet’. He did not know that the song would open doors for him in the music industry.  He was signed under the label shortly after Ykee Benda had left the stable to establish his own.

Despite leaving the label, Ykee Benda always came back to check on his mentor; Lukyamuzi and that is where they both met.

Dre Cali and Ykee Benda became friends and in 2019 he got the life changing call inviting him for consideration among artists to be signed under the latter’s Mpaka records.

He emerged the best candidate and was signed as the first artists under the label. This marked the beginning of his music transformation.

Through the label, Ykee Benda trained and conducted promos for Dre Cali helping him build a fan base.

At some point, Ykee Benda put his music on pause and concentrated on promoting Dre Cali. His social media handles had more of Dre Cali’s projects than his personal stuff.

His major break-through came after he released ‘Ebisoka Nebisembayo’ and 'Ekifuba' which he says were inspired by real life experiences.

The two jams were among Uganda’s top hits in 2020, thus growing Dre Cali’s brand even further.

In 2021, he is among the artists to watch out in the Ugandan music scene.

Dre Cali’s story is a testament of hard work pays and that you never know who is watching, so when you are doing anything, give it your best shot, as it could just bring forth the opportunity you’ve been eyeing for years.