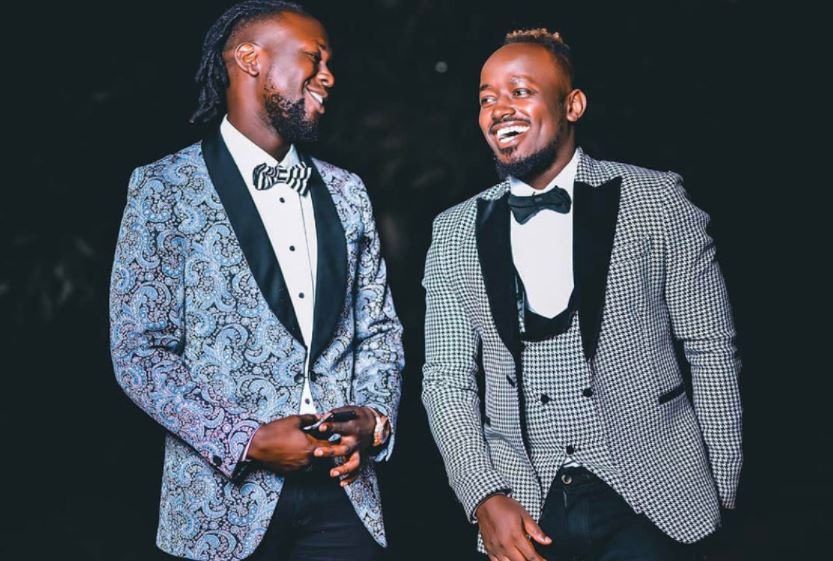 Speaking during a recent interview, Dre Cali noted that Ykee Benda has made him who he is today, adding that he is currently doing well musically and has no reason to leave the label.

"Maybe these people planning on dragging me away from Mpaka records fear me because none has approached me. But they should know I'm a man who is educated and knows what he wants. With the label, I'm living my dreams that I had while starting out," Dre Cali said.

He compared Ykee Benda's mentorship and support to what rapper Victor Kamenyo did for Chosen Becky, noting that the industry needs such people for it to grow.

"Victor Kamenyo is the only artist who shared my photo with Ykee during the awards ceremony and expressed his gratitude to Ykee Benda for the help. If we get more people like these two artists, the industry will be good,” he opined.

Dre Cali debuted professional music in 2019 after being signed by Mpaka records. His major break-through came after he released ‘Ebisoka Nebisembayo’ in mid-2020. Since then, Ykee Benda and his records team have been working tirelessly to push Dre Cali to the top.

At some point, Ykee Benda put his career on pause and invested most of his time on promoting Dre Cali and his projects.