Nasty C Opens up on How T.I Inspired Him to Pursue Music 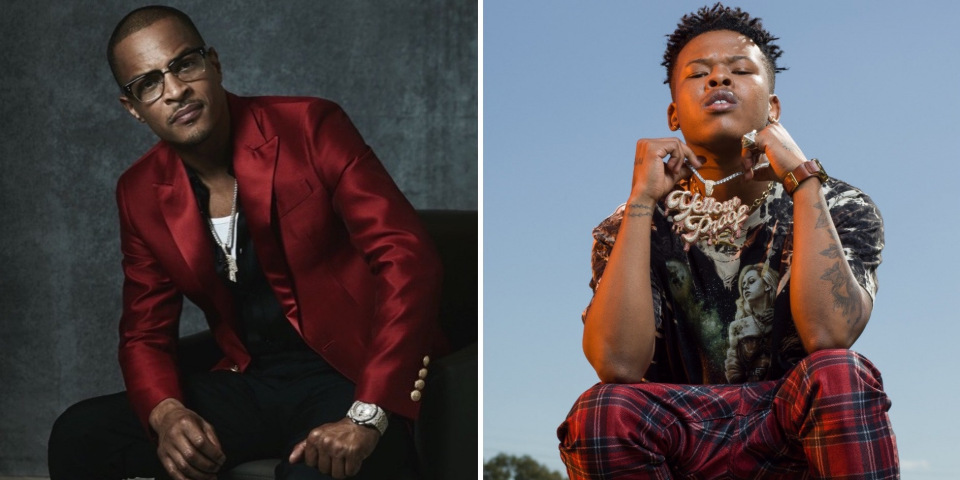 South African rapper Nasty C has opened upon his music journey, noting that pursuing music as a career is not something he considered in his early years.

Speaking during a recent interview on Kenya’s Switch TV, Nasty C disclosed that he was exposed to music from an early age but never thought much about it. He revealed that he was in the church choir and would enjoy music on his father’s car on his way to school.

According to Nasty C, his decision to pursue music was influenced by American rapper T.I. During the interview, he narrated that one day on his way to school he watched a T.I video and got carried away by the high-end vehicles and flashy lifestyle.

Years later, he sunk into the genre and people fell in love with his music. Interestingly, his music grew and caught the attention of T.I; the person whose video inspired him to venture into music.

Read Also: Nasty C Explains Why African Music Industry is yet to Blow Up

According to Nasty C, T.I sent him an Instagram message when he was in South Africa shooting a movie. In the message, T.I. reportedly lauded his work and told him that if he ever wanted to have a collaboration with him, he is available.

“I guess he had about me and he reached out on Instagram…and this time he didn’t know I was a fan. He didn’t know he was the reason I made music which is really dope because it is like natural and organic,” he said.

Fast forward, Nasty C has two hits songs with T.I namely; ‘All In’ and ‘They Don’t’. Besides music, he enjoys a cordial relationship with T.I’s family and has even visited his museum.