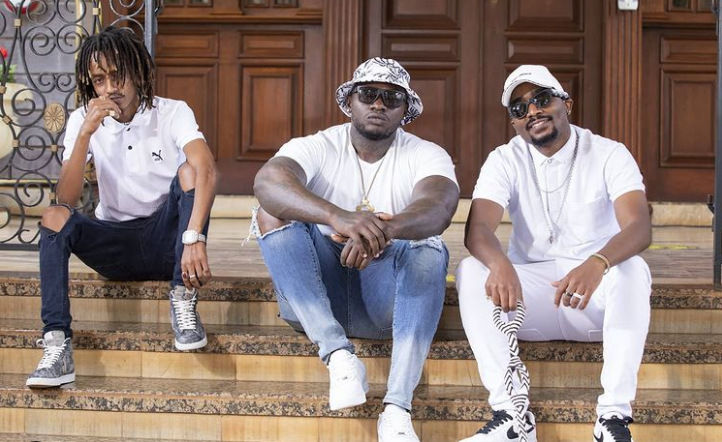 Following a week of controversial copyright saga, ‘Ndovu Ni Kuu’ has finally been restored on YouTube. Taking to Instagram to announce the great news, Krispah posted an official letter written by his lawyer confirming that the hit song was back on YouTube.

“Our Client, Ndovu Kuu, is happy to note that his song “Ndovu ni Kuu” is back on YouTube and that the claim filed by Dexta Bryankas has been withdrawn,” the opening statement read.

“The fact of the case are as follows: On Friday 16th July 2021, Dexta filed a false claim with YouTube to the effect that there was a copyright infringement on his work, by Ndovu Kuu song. It was baffling to our client given that all the original masters and recordings were created by Ndovu Kuu. In addition, the song has been on YouTube and had even trended on other platforms like TikTok for more than a month, with no complaint from Dexta or anyone else.

“As a professional artist, Ndovu Kuu sought legal counsel with us, and we immediately wrote a demand letter asking Dexta to withdraw the false and misleading claim and restore our client’s content. It is an offense under the Copyright Act Section 35B(8) and has criminal sanctions of a fine not exceeding Kshs 500,000 or imprisonment of a term not exceeding 5 years or both,” part of the letter read. 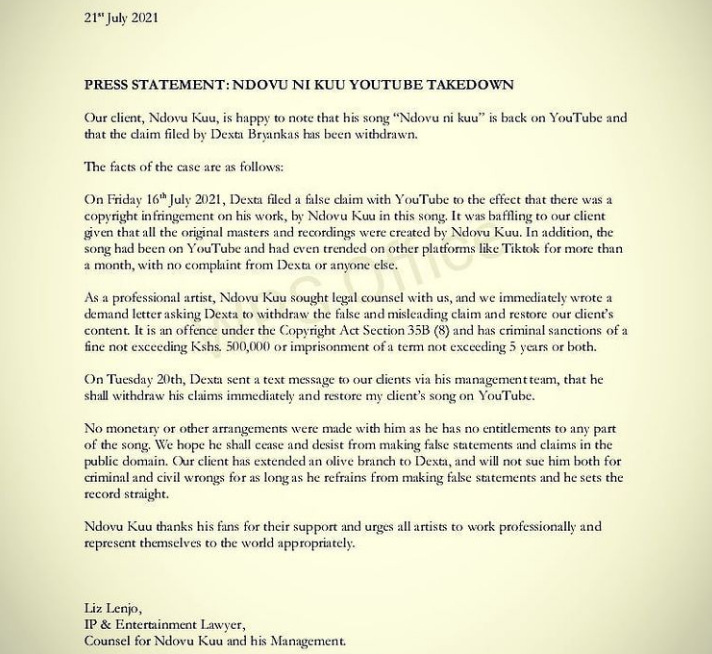 Expounding on how the whole debacle was concluded, the letter indicated that the day before yesterday (20th July 2021), Dexta sent a message to Krispah’s management withdrawing the allegations that he had made earlier.

In an act of kindness, Ndovu Kuu decided to forgive Dexta with the conditions that he sets the record straight and refrains from making false statements.

“On Tuesday 20th, Dexta sent a text message to our client via his management, that he has no entitlements to any part of the song. We hope he shall cease and desist from making false statements and claims in the public domain. Our client has extended an Olive branch to Dexta, and will not sue him both for criminal and civil wrongs for as long as he refrains from making false statements and he sets the record straight. Ndovu Kuu thanks his fans for their support and urges all artists to work professionally and represent themselves to the world appropriately,” the letter concluded.

The end to ‘Ndovu Kuu Copyright Saga’ follows days of heated confrontations by Dexta and Krispah through broadcast and social media platforms.