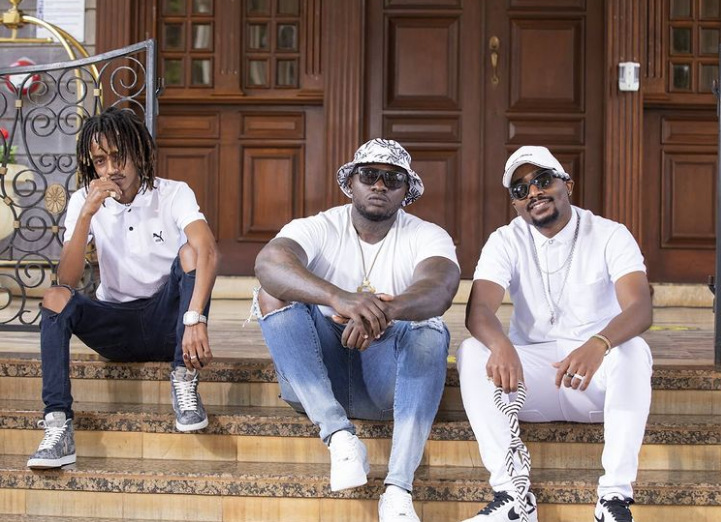 Top trending Kenyan hit ‘Ndovu Kuu’ by Krispah has been pulled down from YouTube over a Copyright claim. The song which features celebrated artists Khaligraph and Boutross had already hit over three million views before being taken down.

Expounding on the reasons for taking down the song, an upcoming artist who goes by the name of Dexta Briyanka on Instagram, claimed that Krispah sampled his song titled ‘V8’ and also alleged that the song had promoted violence at Kenyatta University.

“I didn't mean to be rude my people. Khaligraph and Krispah sampled my beat of the song v8 ndo wakaunda hakuna masomo ku wamekataa. Nmeitoa YouTube because it is infringing my rights and also it has promoted violence in Kenyatta university. Hata mzazi halipi fee juu wanasema hakuna masomo ku. Lets meet in court if you have an issue,” he captioned on Instagram.

Reacting to the recent events, Krispah detailed a call with an alleged Director of Communications from Kenyatta University last Friday, citing him as the root of the copyright claim.

According to Krispah, the alleged leader of KU wanted him to perform on their upcoming virtual graduation for free, to mitigate the effects caused to the institution by his verse in ‘Ndovu Kuu’ which reads ‘Mtoto wangu akiitwa KU ntakataa, Hakunaga masomo KU nmekataa. Unapeleka mtoi first year introduction, Baada ya wiki mbili ashajua reproduction.’ .

Defending the lyrics which according to his accuser had caused a low intake in KU, Krispah stated that he had the letters ‘KU’ could represent diverse meanings, adding that he has a right to express himself as an artist.