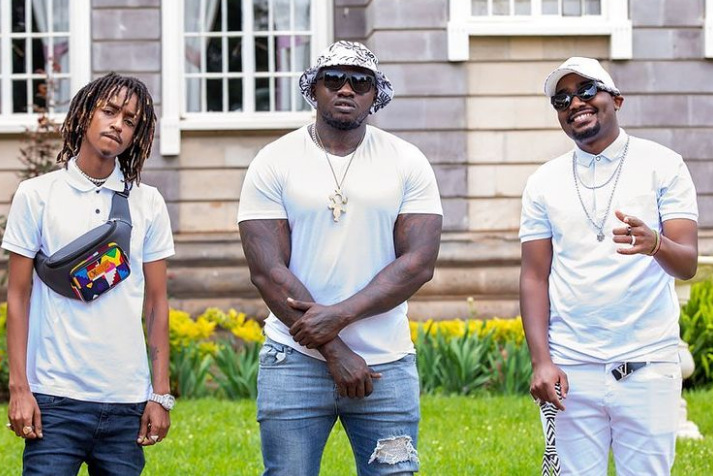 An upcoming artist by the name Dexta; who is responsible for the recent pull-down of the hit song ‘Ndovu Ni Kuu’ by Krispah, has demanded an official apology from the latter.

Speaking during an interview with KenRelBis Updates Podcast, Dexta highlighted the rules which Krispah must follow in his apology including; releasing an official memo stating that he is sorry and also clarifying that ‘Ndovu Ni Kuu’ was a song meant for entertainment purposes only.

“There are many ways of apologizing but mimi vile nataka your social media accounts zote ukue umepost , utoe memo, useme am sorry, this song is just for entertainment it doesn’t reflect... Na usianze kusema eti sikuimbia KU niliimbia sijui Nye Nye Nye, that’s not how a man behaves,” he fired.

Expounding on his reasons for having the song pulled down, Dexta cited Copyright claims and alleged that the song was affecting the Kenyatta University student body who are depending on the institution to build their future.

In addition, he accused Krispah of mirroring society in a negative way and propagating immorality.

“Mimi kitu imefanya nitetee KU is because you know KU has more than 80,000 students. These students depend on this institution for their future, do you understand? So, hakuna vile unaweza make life ya watu 80,000 at stake eti you want to entertain. You know Literature does many functions, one is entertaining, another is the mirror the society, another is educating, do you understand? So if you want to mirror society in a negative way, who the hell do you think are you? You are propagating immorality in society,” he expounded.

Celebrated Kenyan artist Khaligraph was not spared either, as Dexta accused him of tribalism by alleging that he had painted the Kamba community in a negative light.