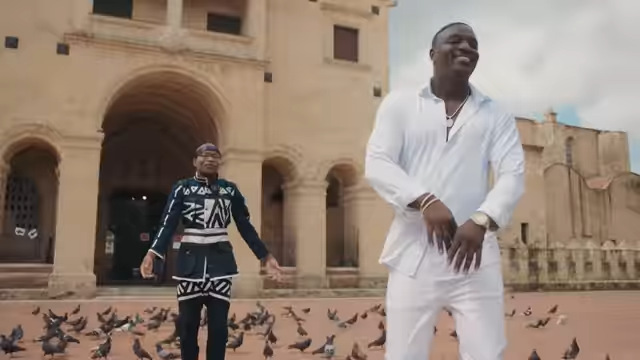 The video was released through Open Mic Productions; one month after Master KG dropped the audio.

‘Shine Your Light’ is yet another big hit for Master KG. It has a close beat resemblance with his global hit song ‘Jerusalema’. The beats alone tell you the song is authentically South African.

Master KG in the song preaches hope and a better tomorrow. Akon nearly steals the entire show with his golden voice reminiscent of his all-time classics.

The video was shot in South Africa’s informal settlements to symbolize the power of unity and love for the people.

‘Shine Your Light’ preaches unity and love for the people. It couldn’t have come at a better time than now when unrest has rocked the South Africa over ‘attempt to bring back apartheid’.

A wave of unrest was seen a week ago following the imprisonment of former President Jacob Zuma. Zuma was sent to jail for 15 months for disobeying court orders in a corruption case he is battling.