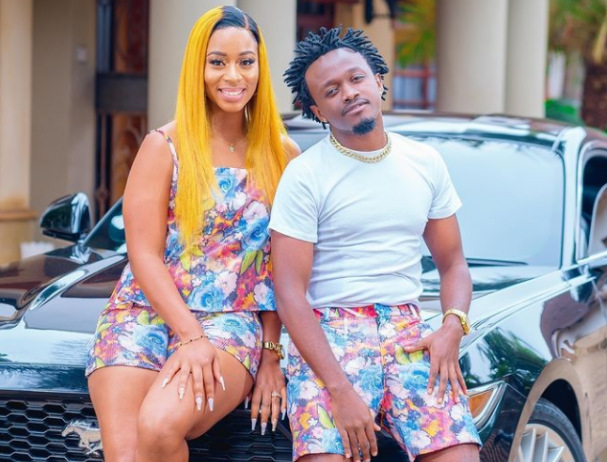 Celebrated Kenyan artist Bahati has released a new video for his hit song ‘Sweet Darling’ featuring Sat_B, off his latest album ‘Love Like This’.

‘Sweet Darling’ is a groovy love song where Bahati and Sat B appreciate their lovers as they heap loads of praises on their character and physical beauty.

The video which was directed by Nezzoh Montana is executively produced to capture romance through various scenes which feature Bahati’s wife Diana.

Adding spice to the jam, H-art The Band make a guest appearance in the intro singing an acoustic version of ‘Sweet Darling’ to Diana, right before Bahati comes in and delivers a melodic performance.

The jam which was released a few hours ago has been received well by fans and is already trending at number eight on YouTube with over 200,000 views.

Supporting the song by writing positive comments, fans praised Bahati’s melodic delivery as others noted that the song was timely given the cold weather which has been ravaging most parts of the country. “This song has Just come at the time when almost everyone needed it. “Ya baridi" thanks Bahati for your timely release,” one fan noted.

Meanwhile, Bahati’s previous videos for four of his previous songs from the album which include; ‘Fikra Za Bahati’, ‘Pete Yangu’ featuring Nadia Mukami, ‘Take It Slow’, ‘Kiss’ featuring Rayvanny, have all amassed millions of views on YouTube.