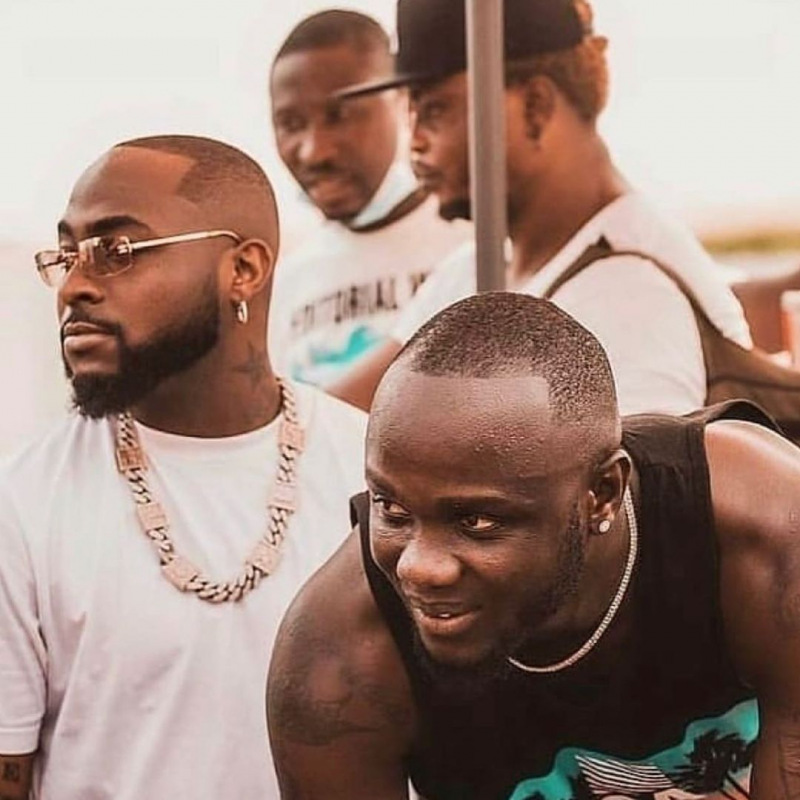 Nigerian singer, songwriter and record producer Davido has finally come out to pay tribute to his longtime friend and aide DMW Obama who died last week.

Since the shocking news of DMW Obama's death, Davido's social media pages have been silent, signalling how hard the death hit him. Days later, Davido has finally gathered courage and penned an emotional tribute to his friend.

He noted that DMW Obama, whom he referred to as 44, was more than an elder brother to him. The post read;

This is by far the hardest thing I’ve had to write.

"I am hurt, broken, sad, and lost. For the first time in my life, I am EXTREMELY confused. The pain is one I cannot explain. 44 was more than an elder brother to me, he was a protector. He was someone that literally just always made me smile. He would do absolutely anything to make me smile, no matter the issue or problems I had. His response was always “Don’t worry, I’ll talk to them”, “Don’t worry I’ll sort it out”, “Don’t worry I’ll give them something”. I would never believe in a millions years I will be writing a tribute like this to someone so dear to me this soon. All my life it’s been “David you’re strong, David you’re strong”. 44 I won’t lie to you, this time around, this one WEAK ME!!

You became so peaceful. You ound peace and purpose, a true generational influence. I cannot even begin to count the amount of people you helped, artistes you brought to me, people you brought together in nothing but love and brotherhood. Actors, artistes, influencers all. God! 44 I swear you will never be forgotten. Up until now I cannot believe this is real, I don’t even know what I’m writing, I’m just writing. I’m just confused.

This has been such a haunting week for all of us. All of us, me, his family, his son, his daughter, his brothers, his friends, a whole brotherhood; God give us all the strength. This isn’t even about me, it’s about all of us, and all the amazing plans and vision you had.

44 I swear, I will not let a single one of your visions die.

44 MY FRIEND. May God accept you to His kingdom. I Love You.

DMW Obama died of what was reported as heart failure.