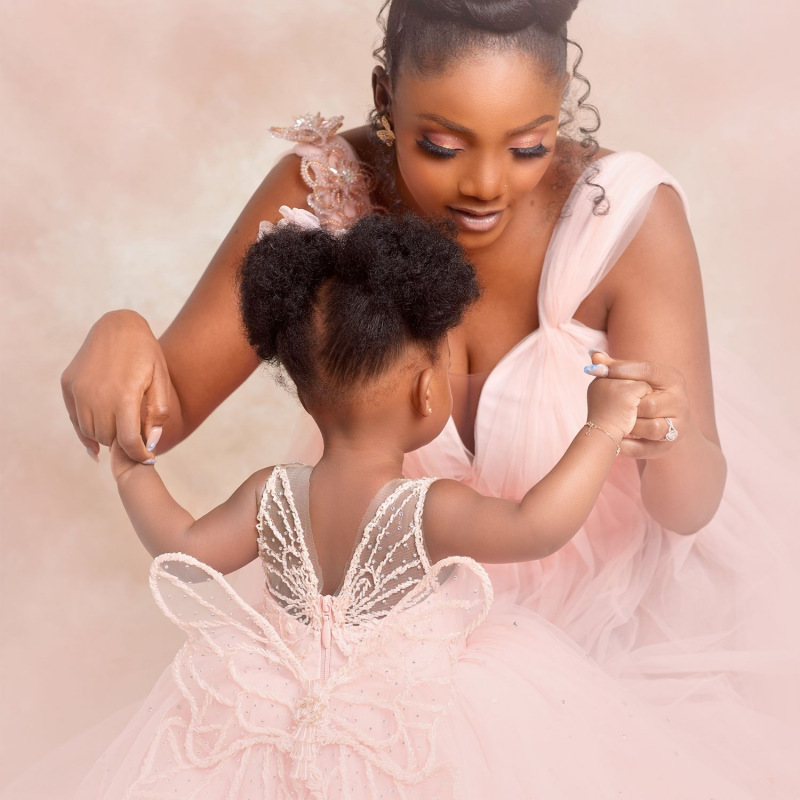 Nigerian singer, songwriter, and actress, Simi has released the French version of her 2020 hit single 'Duduke' to celebrate the song's video surpassing 40 million views on YouTube.

Simi also took to her Instagram account to pen an emotional message to her fans - for the support they have shown to the single - which is by far, her biggest song.

The 33-year-old singer while celebrating the achievement of the song said it has been able to connect her to the fans.

"Throughout my career (so far), my life has been changed many times - but this song more than changed my life, it connected me to you in the most precious way possible," Simi said in part of her Instagram post.

'Duduke' was a song that Simi dedicated to her then-unborn child - Adejare, but it has since been used for various reasons, from lovers to families, but most frequently to people playing it for their kids.

"So many people tell me 'this is my baby's favorite song'. So, thank you to the little angles that sing 'du du ke' along with me. Thank you to the moms and dads and aunties and uncles that press play on your behalf," she said in the post.

Simi who started her career as a gospel singer further revealed that apart from 'Duduke' being the favourite for her daughter Adejare, it is also one of her only songs that her mother has bothered to learn the lyrics.

"Deja hears this song from across the room and comes running running running (ok getting carried away lol). But she loves it, and for the record, this is the only song of mine that my mum has written down all of the lyrics to learn it. She and her grandbaby can't get enough," she noted.

To celebrate the 'Duduke' video hitting 40 million views, Simi announced that she had released the French version of the song "because we all deserve to hear beautiful songs in beautiful languages."

Listen to Duduke via your preferred platform here - https://simi.lnk.to/Duduke